Developer has destroyed my privacy by ripping out trees 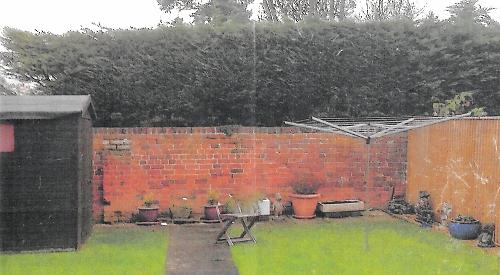 A COUPLE have complained that their home is overlooked after a developer ripped out trees unlawfully.

Colin and Phyllis Vincent say they have lost their privacy after a bungalow backing on to their home in The Close, Henley, was demolished and a two-storey house was built in its place.

A Leylandii hedge used to block the view of the neighbouring property but this was ripped up by the developer Oraclemarker, of Wargrave, and has not been properly replaced despite that being a condition of the planning permission.

Robert Edwards, who owns the company, has said he won’t replace the screening until the house is occupied — it is currently on the market with an asking price of £2.6million.

Mrs Vincent, 62, said: “People can still see into my sitting room and I can see into the house. All I want is my privacy back.”

The bungalow was never visible from her house due to the thick, evergreen hedge.

Mrs Vincent, who has lived there for 10 years, said: “That used to give us a lot of protection. My husband used to cut it back on our side and we always said it was beautiful. We did not even notice the bungalow and would forget it was there.”

That was until 2015 when the developer began work. The leylandii were removed in breach of the planning permission, which specified that the trees should be retained due to the privacy they provided to the Vincents.

Oraclemarker was granted permission to plant 22 oak trees and 13 bamboos on the condition that they are 5m high and some of these were planted in November.

But Mrs Vincent says most of these trees have died, so she still has no protection from next door.

Furthermore, the lights of the new house are sometimes left on after potential buyers have been shown round and shine into her property.

“With the lights left on it looks like Blackpool Illuminations,” said Mrs Vincent. “If we had the screening trees we would have our privacy and would not be able to see the lights.”

She has also had to put up with two years of construction work, which meant the back garden was often unusable and she couldn’t hang out washing because of the dust in the air.

Mrs Vincent said: “I used to love spending time in my garden but since the builders started work it has been an absolute nightmare. I’ve been back and forth to the doctors because it’s been stressing me out. I feel like I’ve lost two years of my life.”

She said the developer could have saved all the trouble by asking the couple if they were happy to have the hedge removed.

Mrs Vincent said: “We would have said no at that point and that we wanted trees and more screening. That would have been lovely.

“Everybody has got to get on but all I want is trees put in so I can get my privacy back.”

Stefan Gawrysiak, who represents Henley on the district council, said he had asked Mr Edwards to put in new trees as soon as possible.

He said: “This house is going to be sold and the developer will have to comply with the planning permission.

“They should just get on and do it and give the Vincents back their privacy, which they have now lost for almost two years.

“If they get new trees in, it will allow them to become established and give some much needed protection.

“I have tried to persuade Robert Edwards to do this and at the moment he is saying he will not do so until the house is occupied.”

A district council spokeswoman said: “Our enforcement team is in discussion with the developer regarding this issue, including the planting of the existing trees and additional work needed.

“We will be continuing to monitor this to ensure that works required are completed.”