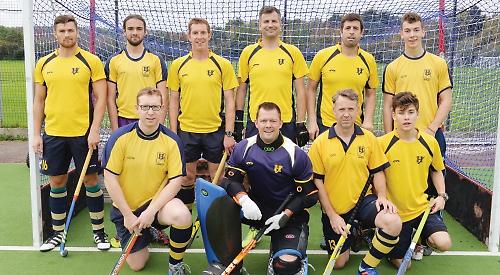 HENLEY went down to defeat away at Southern Premier League newcomers Oxford University on Saturday.

Oxford University started the livelier of the two sides and were rewarded for their early pressure with a swift move down the left wing making it 1-0.

Another wave of pressure came from the home side, with Henley goalkeeper, Roy Cox, pulling off a fine string of saves to keep the score line in reaching distance.

Shortly after Henley went ahead when Chris Green fired home from close range.

The hosts continued to press and levelled the score with sublime finish from the top of the D and then took lead with two more goals to lead 4-2 at half-time.

The second half got off to a similar lively start to the first, with Oxford University continuing to press high. A few crunching tackles came in from both sides, but it was Henley who received the first yellow card of the game.

With both sides evenly matched at this point a penalty flick was awarded to Henley as a goal was denied with foul play. Hetherington stepped up to score and make it 4-3.

Henley pushed for the equaliser, applying pressure from the front with Goseff causing the home defence problems. The game stepped up a gear in the final 15 minutes, with tackles flying in from both sides as further yellow cards were issued.

With time running out and Henley pressing Oxford broke away twice more to score two more goals and secure the points.

HENLEY 2nds were held to a draw at home against free-scoring league leaders Phoenix and Ranelagh who had scored 21 goals in their first three games this season. The opening encounters were disjointed whilst both teams felt their way into the game. Henley’s recent refresh of the midfield pairing of Measures and Pratt, which had started to come good the previous week, became dominant, both creating opportunities on their two flanks and thwarting the Phoenix players from making any incisions deep enough in Henley territory to have any effect.

The Henley forwards were disciplined in ensuring the structure of the team play remained solid and this bore fruit as they created havoc within the Phoenix defence, and produced a number of penalty corners, but despite a few near misses ultimately these were not converted.

Despite the pressure, first blood went to Phoenix when they broke down their right, and with the Henley defence this time struggling to get back in sufficient numbers it left the D area exposed where a hapless Harmer managed to boot a Phoenix cross past a prone Bowyer in the Henley goal. This seemed to spark Phoenix into life and they enjoyed a strong period of play up until half-time.

Henley restarted positively with the defensive line of Slay, Baker and Peachey providing a solid foundation for the team to attack. Skipper Herbert on the right linked well with his midfield and provided good outlets up the line for the wide forwards. His strong charge into the opposition D carved out the opening for Woolfrey to slot home to make it 1-1.

New signing John Doyle had been difficult to contain all game but more so in the second half, winning a number of penalty corners. A well worked routine found Measures five metres out with the goal at his mercy and he duly fired the hosts a goal in front.

With 10 minutes to go the task was to close the game out, and this Henley did reasonably well until some clumsy defending gifted Phoenix a penalty corner seconds before the final whistle. From the initial shot on goal the ball spilled wide to the far post to a waiting attacker to tap over the line.