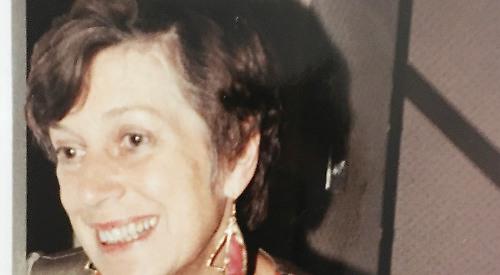 ELIZABETH PHELPS first discovered Henley in the mid-Fifties as a girlfriend of Maurice Phelps, a member of the famous rowing family.

At that time she was assistant matron at Christchurch Cathedral Prep school in Oxford, where she first met Maurice.

She rapidly became intrigued with the rowing world, which was then struggling to reconcile elitist amateurism with hands-on professional participants.

She fell in love with Henley and the River Thames and, when given the opportunity through her husband’s career, moved to Goring Heath in 1984, giving up her adopted teaching career in the north of England.

In her active years, she loved nothing better than “messing about in  boats” on the upper reaches of the Thames. She was a person of high community consciousness and upon arrival in Goring Heath joined the local Oxfam group, which was a distinctive fund-raiser in the area. She twice became the group’s chairman and worked tirelessly to find new ways to raise funds for specified third world projects.

Struck at one time with the news that Western Europe spent more money on its pets than on the deprived population of the world, she persuaded her beloved dalmation Cressida to have puppies diverted all the funding from the subsequent sales to the Oxfam funds.

Cressida became known as the “Oxfam Dog” and was afforded an open obituary in the Henley Standard when she died in 2003. Elizabeth was a strong advocate of her married family’s rowing traditions, bringing them together in reunion activity and encouraging her husband to promote the Phelps dynasty as a significant contributor to Great Britain’s global rowing success over recent years.

Elizabeth Phelps died peacefully in the early morning of Wednesday, October 18 at the Royal Berkshire Hospital in Reading following a lengthy illness.

She leaves behind a husband, three adult offspring and four grandchildren. She will be sadly missed.

The funeral service will be held at St Mary’s Church in Henley on Thursday, November 9 at 1.15pm.