Roadworks at 1am cost me £400 in customer refunds 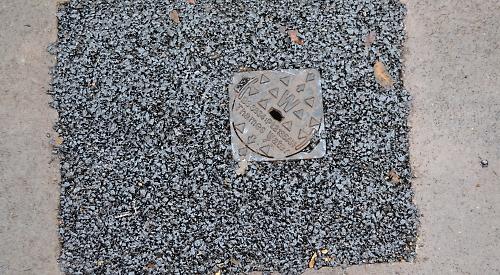 THE landlady of a Henley pub and hotel had to refund guests’ fees after workmen dug up the road outside their bedrooms in the dead of night.

Two Thames Water contractors turned up in West Street at 12.40am and spent about an hour repairing a faulty stopcock outside the Row Barge, whose four first-floor rooms were all occupied.

They erected barriers and lights powered by a diesel generator and then used a pneumatic drill to break up the tarmac.

They then cut out the stopcock with an angle grinder before replacing it and resurfacing the carriageway.

Cath Howie, who has run the Brakspear pub with her partner Jolyon Miller for almost eight years, went outside to confront the men as they had woken up all her guests.

They told her that they had no choice as their bosses had classed the incident as an emergency.

The stopcock had been protruding from the road for several days and a member of the public had reported it at lunchtime on Tuesday last week, about 12 hours earlier. Miss Howie argued that the work could not have been that urgent because of the delayed response but the pair continued working.

Later that day, she gave out £400 in refunds as her guests were angry about the disturbance.

She didn’t have to do this legally but felt obliged because their stay had been ruined. She has asked Thames Water to reimburse her.

Miss Howie said: “I was asleep when the men arrived so I wasn’t even sure exactly when they had started until I checked my CCTV later the following morning.

“They were making a lot of noise and two of the guest rooms face directly on to the road, although everyone was disturbed to some extent. I obviously wasn’t very happy and came downstairs to talk to them. When they told me they couldn’t stop I went ballistic but they just said, ‘sorry love, it’s an emergency and we’ve been told we’ve got to do it’.

“Our guests understood that it wasn’t our fault and were quite taken aback when we offered them refunds but an experience like that could put them off returning.

“We’ve got good reviews on websites like TripAdvisor for a good reason and we want to keep them that way as we depend on our reputation.

“One particular couple were absolutely furious afterwards because they hadn’t been able to get back to sleep for several hours after the work finished.

“I haven’t heard anything from Thames Water yet but Jolyon’s sister Sarah, who is a Henley town councillor, has spoken to someone at the company who agreed it shouldn’t have happened unless there was a gas leak or flood, which clearly there wasn’t.

“We’re quite tucked away and don’t get any passing trade, nor are we allowed to put out A-boards on busier streets, so it’s a real battle to publicise ourselves and things like this don’t help.

“The street was recently closed by Oxfordshire County Council while the pavement was refurbished, which also had an impact, so this really was the icing on the cake.”

Thames Water apologised for the inconvenience but said the work had to be carried out at night to minimise disruption to road users.

A spokesman said it was urgent as a large pothole had opened up, posing a safety hazard. The company was now discussing its “standard claims process” with Miss Howie.

⚫ Contractors for Thames Water were working in Gainsborough Road, Henley, from 10pm to 12.30am on October 13 to repair a leak. The company said the work had to be carried out at night as other jobs had been given higher priority that day.