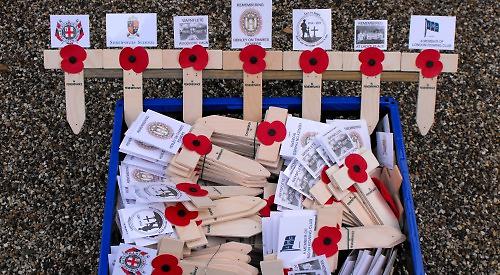 A MAN from Henley followed in his father’s footsteps to Egypt, where he served in the Battle of El Alamein, 75 years later.

Peter “Ginger” Pinches was stationed in the country with the 8th Army in 1942.

He was a lorry driver in the Royal Army Service Corps in North Africa during the Second World War, supplying the frontline with troops, food, fuel and ammunition.

By July 1942 the Allies had been pushed far into Egypt after the loss of Tobruk to a defensive position near a small station called El Alamein.

It was highly defensible, being an area only 23 miles wide and bordered by the Mediterranean Sea in the north and an impassable geographical feature called the Qattara Depression in the south. The Battle of El Alamein started on October 23, 1942 and by November 5 Montgomery’s 8th Army had routed Rommel’s Afrika Korps — the first Allied victory in the war.

After the war, Mr Pinches went to work at his parents’ riding stables in Marlow where he was an instructor.

His father had bought a 50-acre farm in 1952 when the Fawley Court estate in Henley was auctioned in lots.  This was to become Meadows Farm where Peter, his wife Helen and family moved in 1964 to look after his father’s beef herd.

He finally retired from farming at the age of 74 but his friend Don Dawes rented the land as grazing for his herd.  Mr Pinches died in 2015, aged 95.

His son Richard, who still lives at Meadow Farm, and his partner Liz Howard went on a 10-day trip that took in Cairo, Alexandria and the Egyptian battlefields.

They also attended the 75th anniversary ceremony at the Allied Cemetery, which is located on the actual battlefield of El Alamein. More than 7,200 men from the Commonwealth and allies who lost their lives are buried here.

Mr Pinches said: “It was especially moving standing there on the actual battlefield and seeing the positions that were fought so hard for with your own eyes. There are so many young men buried there after fighting over virtually featureless desert thousand of miles from their homes.”

He buried a photograph of his father, taken in 1942, when he was on leave in Cairo just before the battle, under a tree in the cemetery. Mr Pinches, who owns a video production company, recorded several sessions with him in 2011 for a three-hour film talking about his experiences.

He said: “He said he had a good war. It was a clean, civilised war fought in vast open desert spaces with few civilian casualties.

“It’s often described as a war without hate. Both sides had huge respect for each other as they were both fighting in the same harsh conditions.”

Mr Pinches plans to visit Tobruk and the Libyan battlefields next year.

Meanwhile, amateur historian Mike Willoughby, from Woodcote, and his wife Lesley visited and photographed 290 graves and memorials during a 12-day trip around Belgium and France.

The work was in preparation for the Lest We Forget 2018 exhibition entitled “Rowers of Henley and the regatta, who died in the First World War”.

This will held at the Old Fire Station Gallery during Henley Royal Regatta next July and then at the River & Rowing Museum next November.

Mr Willoughby has spent eight years researching the rowers and their participation in the regatta and other events.

For their recent visit, he and his wife were provided with 300 poppy crosses by the Henley and Peppard branch of the Royal British Legion, each modified to carry the club, school, college or Henley rower logo appropriate to each man.

Mr Willoughby thanked Leander Club and Henley Royal Regatta for their help and hopes that they will endorse the exhibitions.

He also thanked London Rowing Club, Thames Rowing Club, Eton College, Shrewsbury School and other colleges, clubs and individuals which helped with access to photographs and information on the men.

• An exhibition about First World War hospitals will take place at Holy Trinity Church in Henley today (Friday) and tomorrow from 9am to 7pm. Admission is free.