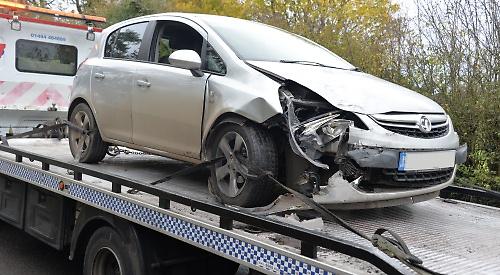 A HENLEY road was blocked for the second time in a week by an accident.

A Vauxhall Astra and Volkswagen Caddy collided on Greys Road, near the junction with Gillotts Lane, shortly before 9am on Tuesday.

The front driver’s side of both cars was damaged and the road was closed for two hours whole the vehicles were recovered.

On Tuesday last week three people were injured when two cars collided in Greys Road between Highlands Farm and Rotherfield Greys, closing the road for more than four hours.