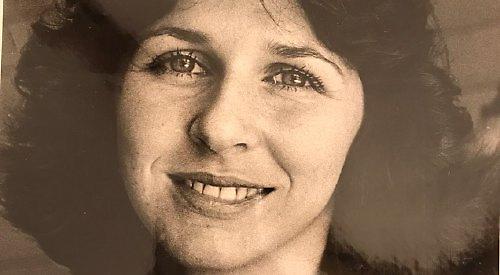 VIVIENNE LYLE, who founded the Henley chiropractors Back in Line, was born in Sydney to Bernard and Sylvia Jean Lyle.

The inspiration for her career came from her father, who ran a chiropractic clinic in the city.

Vivienne would watch him at work in his clinic, which was attached to the family home, from a young age and, keen that she should read educational material, he gave her magazines and articles on the profession to digest.

She decided to follow in his footsteps and studied at the Sydney College of Chiropractic, graduating in 1978.

She worked at her father’s practice, and attended an acupuncture course in China.

Vivienne was 22 when she came to the UK for a holiday with her then husband and fell in love with the countryside, culture and people.

She moved to the UK permanently in 1982 by which time she and her husband had separated. She had qualified as a chiropractor, having been taught many elements of the profession. She lived in Milton Keynes where she joined a practice that she later took over.

In the early Nineties she met her second husband in Sonning through a mutual friend and the couple had two daughters, Zara, born in 1993, and Alexandra, born in 1997, but the couple later separated.

She also came to Henley in the early Nineties and lived in Greys Road where she immediately established her own clinic based at her home.

Vivienne then returned to Australia for about two years to live in Mosman, near Sydney, and continued working.

She moved back to the UK in 1999 and lived in Sonning Common and set up Back in Line in 2000, initially working from a premises in Bell Street, Henley, before moving to its current home in Duke Street in 2002.

She also ran a practice in Caversham for five years before selling it. She later moved home to Friday Street, Henley. The practice expanded as several chiropractors joined the clinic, which was her pride and joy.

Never one to rest on her laurels, Vivienne continued to study and for three years worked as a chiropractor at Shiplake College.

She also presented postgraduate lectures for GPs at the Royal Berkshire Hospital in Reading and provided chiropractic care for Microsoft.

She took a step back from the business when she was diagnosed with breast cancer in 2015 but she continued to take great satisfaction in helping others, ensuring her patients were cared for and mentoring and teaching those who had followed her into the profession.

In her spare time she loved visiting National Trust properties and was a keen golfer and gardener. She also enjoyed reading and loved to paint.

Vivienne died at the Sue Ryder hospice in Nettlebed on November 9.

A memorial service will be held at Badgemore Park Golf Club in Henley on January 6 at 2.30pm. All are welcome.