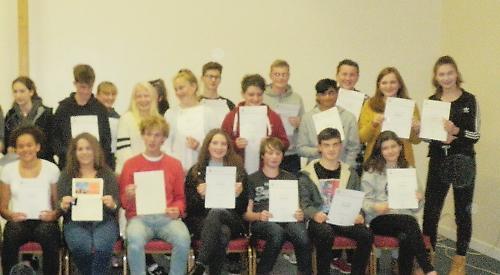 MORE than 30 teenagers on the Duke of Edinburgh’s Award scheme at the Eyot Centre in Henley have received their certificates.

There were two gold awards, two silvers and 33 bronzes.

Manager Kevin Nutt said: “A great end to our year. Last year was our largest ever intake for bronze with 44 youngsters in total.

“We set them a target of completion within a year and expected around 20 to make this so it was a real pleasure to be able to present 33 certificates.

“This in turn has had a knock-on effect for the coming year as we have a large number of them starting their silver award. A really pleasing year.”