How to look after your heart 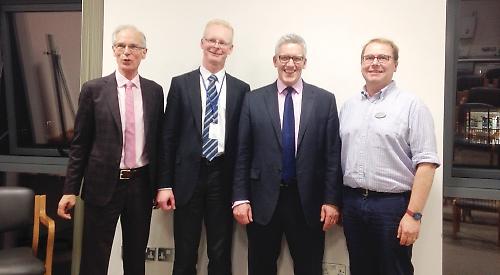 THE health of your heart was the subject of the latest in a series of free health education talks at Townlands Memorial Hospital in Henley, delivered by consultant cardiologists from the Royal Berkshire Hospital.

Dr Will Orr described the workings of the heart and recommended how to prevent coronary artery disease, listing risk factors such as smoking, high blood pressure and the effects of cholesterol, although he did say that ageing was one factor that applies to us all.

The good news is that treatment with drugs can be highly effective and, even after a heart attack, survival rates have increased considerably.

Much of this success is down to fast response by trained paramedics liaising with the team at the Reading hospital, which is now recognised as being the bes in the country.

Dr Jon Swinburn described the role of cardiac imaging with scanners being able to pinpoint problems with increasing accuracy and the development of tiny defibrillators, tucked beneath the skin, ready to kick-start the heart at the first sign of malfunction.

It was a fascinating session, much appreciated by the audience of 43 who left resolved to up their intake of fruit and vegetables and take that all-important half-hour walk each day.

The talk was organised by the patient participation group of the Bell Surgery.

The next talk will be on February 20 and the subject will be audiology and the technology available to manage hearing loss as well as how to deal with tinnitus. After that the series will include: April 18 — Dermatology; June 19 — Gastroenterology; September 18 — Ophthalmology; December 4 — the work of the Townlands Memorial Hospital’s rapid access care unit.