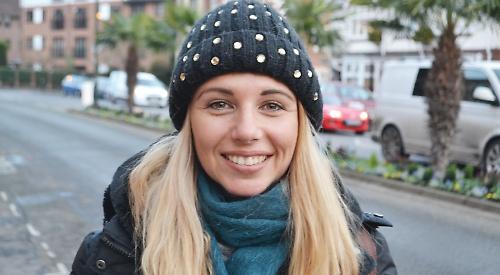 A WOMAN is to stand for the Conservatives at next month’s Henley Town Council by-election — just months after her unsuccessful bid to be elected as an independent.

Donna Crook, 43, of Abrahams Road, Henley, says she is part of a move by the local Tories to increase their appeal after losing their majority on the council in May following two by-election defeats.

She said: “They feel I will broaden their perspective and would be a major contribution to their councillor team and future policy development.

“They’re open to listening to what I have to say because I’m more working class, I suppose you could say, rather than your typical Tory.”

Ms Crook, who works as a cleaner and runs a craft business, said her priorities would be to improve public transport in Henley and campaign for more police on the streets.

In 2015 and 2016 she campaigned to save Henley’s bus services following Oxfordshire County Council’s decision to axe all its bus subsidies. She also wants to help tackle air pollution by reducing the number of cars on the road and to have air quality monitors outside every school so that parents can see the effect of their vehicle emissions.

Ms Crook, who has lived in Henley for 24 years and has an 18-year-old daughter Olivia, said: “The Conservatives are very focused on tackling the issues that are important to retaining and improving Henley’s quality of life for everyone, not just this generation but for the ones that follow us.

“I am very comfortable and excited with their new approach and how I might contribute to the party.”

She polled 202 votes when she stood in a by-election in Henley North ward in May, against Conservative Joan Bland, who polled 639 votes and Ken Arlett, of Henley Residents’ Group, who won the seat with 931 votes. She had hoped to stand for HRG herself but the party chose Mr Arlett to stand, prompting her to claim that she had been “stabbed in the back”.

The by-elections were caused by the resignations of Conservatives Dylan Thomas and Martin Akehurst and were followed by HRG taking back control of the council at mayor-making.

Frank Browne, chairman of the Henley Conservatives, said earlier this month that he was “cautiously optimistic” about the by-election.

He said: “We’re very conscious that we suffered a real drubbing in the May elections. We have spent quite a lot of time over the last few months carefully considering the causes of that defeat and looking at what we needed to do to address the root causes.”

Ms Crook said: “I’m happy with the direction the Conservatives are taking and they have given me fantastic support. They have realised they have got to change and I’m the right person to do that. I will tell people how it is — I’m quite straightforward.

“That’s where I felt they’ve gone wrong in the past. I’m the type of person who will go and talk to people. I feel I can connect with everyday people.”

She said the party was “not just for the rich”, adding: “I want to make sure people are comfortable in approaching the Conservatives.

“I’ve given it a lot a thought and I do feel they’re the best choice for Henley.

“Being a Conservative, there’s no disrespect to the 202 voters who voted for me last time. I treasure every one of them because they didn’t have to vote for me.”

Mr Browne added: “Donna has a real passion for Henley. She is very focused on a broad range of issues that she wants to tackle and all of them are about improving the quality of people’s lives.

“She’s a particularly good choice for the Henley Conservatives because she comes from a background that not many other Conservatives have and she has a good understanding of the issues that come with that.

“She’s had quite a tough upbringing and that clearly informs your outlook on life.”

HRG will name its candidate next week.

Councillor Ian Reissmann, leader of HRG on the council, said: “We know Donna. She comes along to the meetings and she clearly cares about the town. We look forward to having a discussion in the run-up to the election and putting forward our arguments in supporting our candidate and the record we have over many years.”