Veterans in festive row before lunch 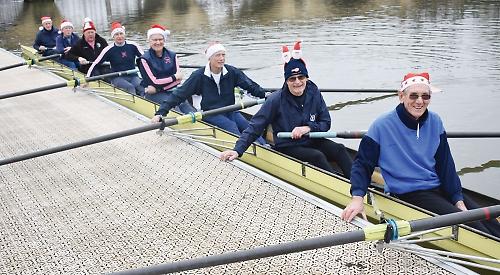 A GROUP of veteran rowers from Henley took part in a Christmas row along the regatta course.

Nine members of the Lensday Group, which meets at Leander Club every Wednesday, rowed from the club to Temple Island and back on Wednesday in a coxed eight

The rowers, with an average age of 75, wore festive headgear including Santa hats and reindeer ears for the row and then had lunch at the club.

The group was formed about 40 years ago and is named after former member Len Habbits.