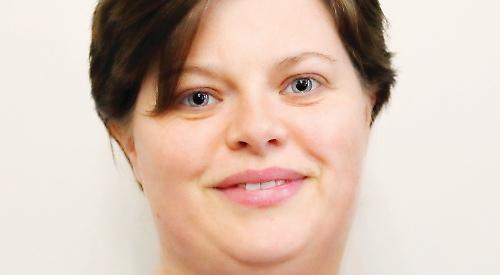 A COMMUNITY campaigner will stand for Henley Residents’ Group at next month’s town council by-election.

Paula Isaac, 38, is chairwoman of Gainsborough Residents’ Association, which she founded in September 2013 with David Eggleton, who has since become an HRG councillor.

She says her priorities are helping to provide more affordable housing in the town and family facilities.

HRG will be hoping to tighten its grip on the council after winning two by-elections in May and then taking back control at mayor-making.

Mrs Isaac lives in Gainsborough Road with her husband Rob and three children, Kayleigh, 18, Keri, 14, and Jamie, nine, and works as a senior assistant at Badgemore Pre-School.

She said: “HRG members roll up their sleeves and get involved within the community across a wide range of organisations vital to Henley. It really listens to residents and tackles things voters care about. This is how the town council should be run — by local people for local people.

“Having lived in Henley for 33 years, I love this beautiful and friendly town. With three children, I feel it is important for them to grow up in a strong and caring community.

“This is why I became involved in my local Gainsborough estate community, co-chairing its residents’ association.

“As it grew in popularity, we became more involved in wider town issues like the Henley Skatepark Initiative. Consequently, I was introduced to Henley Residents’ Group and loved its ethos and independence of national political parties. It consists of residents who care about Henley and its best interests.

“Issues important to me as a local mum are providing affordable housing to avoid division in our community, providing more community family facilities, increasing support for residents of all ages who have mental health issues and supporting residents who want to get involved in their own local communities.

“I have a long track record of serving the local community and my work at Badgemore means that I am involved with lots of local families and have a true insight into issues that people in the town face.”

Councillor Ian Reissmann, leader of HRG on the council, said: “Paula is a long-standing Henley resident, who is bringing up a family here.

“She’s connected with the community and has been leading community projects for several years.

“We’re delighted to have someone who is as well connected and committed to the town.

“People have been telling us there is a lack of housing, particularly affordable housing, and young people and families are being priced out and are not able to exercise the option to live here so we’re losing them, which is bad for them and bad for the town.

“We believe that the HRG message of local, independent residents is a very good one and it has been successful over many years.”

“I am so proud to be able to support her for this exciting challenge,” she said. “Being a councillor is hard work and I have complete faith that Paula is the best person for the position — trustworthy, strong and committed to our beautiful town.”

Mrs Isaac will be standing against Donna Crook for the Conservatives and Jackie Walker for Labour.

Ms Crook, a 43-year-old mother-of-one, of Abrahams Road, Henley, is standing just months after her unsuccessful bid to be elected as an independent in May.

Mrs Walker is a 51-year-old married mother-of-one, from Middle Assendon, and a former civil servant.

She stood unsuccessfully for the Henley division on Oxfordshire County Council in elections  in May, winning 166 votes.