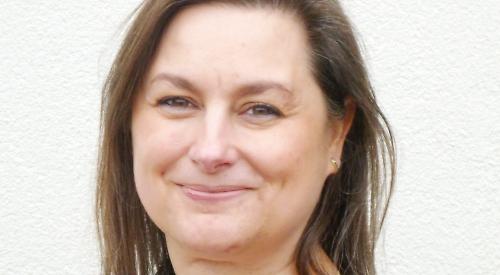 A FORMER civil servant is to stand for the Labour Party in next month’s Henley Town Council by-election.

Jackie Walker, 51, who lives in Middle Assendon, says her priorities are to tackle the town’s congestion and air pollution problems and to create more social housing for young people and those on low incomes.

Residents of Henley North ward will head to the polls on January 18 following the resignation of Conservative councillor Simon Smith in November.

Mrs Walker, who stood unsuccessfully in the Henley division at the Oxfordshire County Council elections in May, said she had thought carefully about standing this time.

“Labour haven’t stood here for many years. In fact, I don’t know the last time they stood,” said Mrs Walker.

“One of the reasons I wanted to stand is because our membership has greatly increased and we have a lot of people living in Henley with the same mindset.

“We’re in a seventh year of cuts and feeling the effects of that. The cuts to the councils higher up are impacting the town council.

“The policies made at the top do come down to the very lowest level of authority and I’d like to put a voice in there that really looks at services being public.” She said the town council had been dominated by Henley Residents’ Group and the Conservatives for too long.

“Maybe some people would like to have somebody to bring a third element into it,” she said. “It would broaden the mix, I think, to have another party represented. It’s more choice for the electorate.”

Mrs Walker lives with her husband Craig, 53, who works for a telecommunications company, and son Jake, 19, a former student of Trinity Primary School,  Gillotts School and The Henley College.

She said: “My family and I have lived in the Henley area and contributed to Henley life for many years. My son has spent his whole school life in Henley, from pre-school to The Henley College.

“I have worked as a part-time support assistant at Trinity Primary School and was active in the PTA. Prior to that I worked at the Ministry of Defence and ran my own business as a training consultant. Now my son has finished full-time education I can be flexible with my time.

“My experience in procurement with the MoD has given me a wealth of skills in getting value for money.

“Working as a training consultant has made me good at talking with and listening to people.

“I have always enjoyed volunteering in areas like counselling services and the school PTA.

“I am sure that I have the time, together with the energy and enthusiasm, to become a hard-working councillor and that my experience will enable me to complement the skills within the council.

“At different stages of my life I have used all the services locally and now I’m in a position where I would like to be contributing and helping.

“I would like to add something to the town council. I recognise that it has only limited powers. It cannot make planning decisions, set school budgets or build highways.

“It can, however, influence the organisations that do have the power and, in this way, act as a guardian of the wellbeing of Henley.

“My first priority would be to represent the people in Henley North ward, which is five minutes from where I live. I would ensure that I made myself available to them to address their aspirations and concerns.

“Next would be the traffic congestion and the resulting poor air quality that are increasingly impacting on the quality of life in Henley. Is it time to look again at the 1938 plan for a bypass? I want to help Henley achieve a greener environment and would work with residents and councillors who are championing this cause.

“We also need more social housing for the young and those on a low wage. Austerity has had its impact on Henley, with the loss or downgrading of many public services.

“I would support the town council in arguing against further loss and replacing our facilities when it becomes possible.”

Mrs Walker said she was “excited” about the election, adding: “I don’t think the result is easy to predict.  The vote will probably be split between HRG and myself but what I don’t know is how much of the vote I will get.”

David Winchester, the area Labour Party agent, said: “The Labour Party in Henley has experienced a surge in membership and support.

“We can now offer a first-class candidate for the town council. Jackie is local and well placed to provide the dedicated and long-term commitment that is necessary to be an effective councillor. The combination of her professional background and caring outlook makes her a natural choice.

“If elected, she will be able to benefit the council with her analytical skills and benefit the residents of the whole of the North ward with her friendly style of communication.”