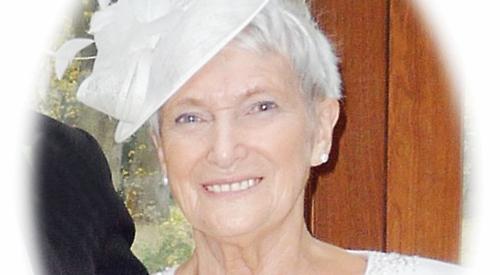 AVRIL KEATING, née Griffiths, formerly Moat, was born on January 25, 1937 in the West Riding of Yorkshire.

Arriving eight weeks early, weighing only 3.5lb and fed from a fountain pen filler, she showed strength and determination from the outset.

Avril moved to the Reading area in 1956 following her marriage to Alan Moat, a physicist at Aldermaston and father of her eight children.

In 1973, when her seventh child was five years old, Avril began her registered nurse training at the Royal Berkshire Hospital.

She earned many honours during her training and subsequent roles as a staff nurse and sister, including the hospital’s nurse of the year award.

In 1978 Avril was recommended for the new role of matron at Joyce Grove, which was to be set up as one of the very first hospices in the country under the auspices of the Sue Ryder Foundation.

Lady Ryder herself interviewed Avril and it was the strength and courage of her convictions that convinced Avril to take the role. The job included not only setting up the home but also explaining the role of the hospice to both the community and the medical field as hospice care was a very new concept in the Seventies.

Alongside this multi-faceted role there was constant fund-raising to be done, something that is still very much in place. Under Avril’s guidance and leadership, Joyce Grove became a centre of loving care and solace for all who entered and were associated with it.

During her tenure as matron, Avril gave birth to her eighth child but, sadly, in 1984, following the sudden death of her husband, Avril left to care for her youngest children and extended family. In 1985 she moved to Stoke Row and remained in the area for the next 21 years.

Always extremely active in the community, including taking the role of churchwarden at St John the Evangelist, Stoke Row, she continued to be involved in many organisations — baking bread, scones and cakes and making marmalade, jams and chutneys for local causes, hosting lunches for the Autumn Leaves and ensuring that she was always available to those in need of love and support. Avril’s gifts were many.

In 2002 she married John Keating, her loving husband who survives her. They moved to Sherborne in Dorset in 2006 where Avril continued to work tirelessly for her community.

And while that is remarkable, it is Avril’s elegant appearance, ready smile and unfailing ability to make everyone she met feel loved and appreciated for which she will be most remembered and missed.