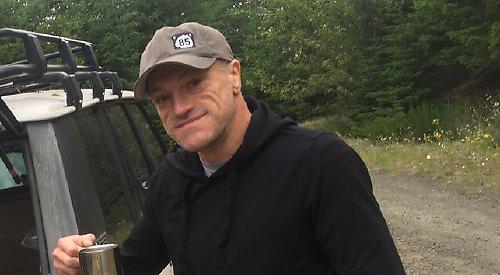 TRIBUTES have poured in for a father-of-two from Henley who died after collapsing during a rugby match.

The fly-half collapsed just before half-time and the club physio, referee and several players from both teams tried in vain to save his life.

Ambulance crews called to the pitches opposite Dry Leas used a defibrillator and CPR to try to revive him.

He was taken to the Royal Berkshire Hospital in Reading by ambulance with his wife Julie, who had been pitch-side, and was pronounced dead shortly afterwards. The match was abandoned.

Mr Priestley, who worked as a transition director, lived in Chilterns End Close with his American wife and their two children, Amelia, 11 and Jonty, nine. He had lived in the town for 18 years and had been a member of the rugby club for all but one of those.

“The overwhelming amount of love and support we’ve received from the people whose lives he touched in both big and small ways is a true testament to the person he was.”

The couple, who met in Portland, Oregon, had been married for 16 years.

A memorial service will be at St Mary’s Church in Henley at 3pm on Wednesday followed by a reception at Henley Rugby Club.

On Sunday, friends, team-mates and supporters linked arms and held a minute’s silence for him at the club before a training session for the under-10s, whom he used to coach.

A minute’s silence and minute’s applause will be held before the Hawks’ home match against Tonbridge Juddians tomorrow (Saturday).

Club chairman Chris Nixon said: “Simon was, above all else, a brilliant bloke. Steadfast, loyal and talented.

“His sharp wit and sense of fun and joie de vivre were always in evidence in the changing room, in the bar and especially on the many tours that he went on with the club - something at which he was brilliant at. He led the last two Vultures trips from the front.

“May we respect the wishes of the family at this time and support each other as we try and come to terms with this very sad loss.”

Mr Nixon said Mr Priestley had joined the club from Coventry in 2001 and would almost certainly have been a regular player for the Hawks but for a very serious leg injury which stopped him playing for well over a year.

He then became a stalwart of the Henley Wanderers Club and was a key part of their success. He continued to play regularly for the Bears and the Vultures as well as being one of the coaching team for the under-10s for whom Jonty plays.

Nick Smith, who was the Bears’ hooker in Saturday’s match, followed the ambulance to the hospital by car and then had to relay the news to his team-mates and members of the opposition who were at the clubhouse waiting for information.

He said: “Simon was unique — I don’t think there’s anyone else I’ve met like him. He had a permanent smile, a positive outlook on life and a mischievous sense of humour. He was my partner in crime.”

Anthony Campbell, who was scrum half on Saturday, said that when the news broke in the clubhouse everyone broke down.

He added: “That was it for pretty much 20-odd minutes. Everyone stayed for a few drinks.

“He was a great, great rugby player — he was committed and he would never let you down.”

Mr Campbell said he would remember his friend’s “mischievous” sense of fun.

“I’d been playing rugby with him for six or seven years,” he said. “He was the life and soul of everything really. He was great fun and it was almost impossible to wipe the smile from his face.

“He was always willing to have a beer. The family used to go to America for a couple of months. He would always go over for a month but the month back home was known as ‘Priestley’s month’ and he would be calling up everyone to go out with him and causing damage to people’s livers!”

Chris Fisher, who played alongside Mr Priestley for about 15 years, said: “He was a really strong role model as an individual in all aspects of his life.

“He was a very strong, committed family man, a really consummate professional at work and a really good friend. He would always give you a ring and keep in touch. He did that with so many people.

“He was a very strong, very good quality rugby player. He absolutely loved rugby. He once said to me, ‘rugby is the closest thing you can get to war and I love it’.

“On the pitch he was a leader and a motivator — people would rally around him. People said if he was playing, you knew you were going to win. He’s going to be greatly missed.”

Another team-mate Ash Gow said: “We were pretty much best mates and our children were friends.

“He was just so positive. If you had any problems he was the guy you called up and he would drop everything and put a positive spin on it and do as much as he could.

“His sense of humour was incredible — he just wanted to have a good time. You’d pop down to have a quick pint and a catch up and you’d end up staggering in at 3am.

“He was just a lovely character with so many different circles of friends.”

Bears’ team manager Rob Heginbotham said: “You couldn’t have asked for a more committed, passionate chap to have involved as one of your leaders of the Henley Bears and Vultures.

“He was an incredible bloke on and off the field and I’m sure the club will do everything possible to help his family and make sure his memory lives on.

“Plans for a memorial game are already being discussed.”

Mr Priestley was a keen mountain biker and took part in the annual PIP Mountain Bike Challenge, which starts and finishes at the Lovibonds brewery in Market Place.

Family friend Stuart Howe said: “We did a lot of mountain biking together and when he exerted himself he would come out with the strangest noises, like a samurai Japanese warrior!

“We became firm friends and we got up to all sorts of mischief together. You could have the silliest conversation with him or the most down-to-earth one.

“I started the grieving process early. I went and picked up a growler of his favourite beer, which was Henley Dark, from Lovibonds. He was a unique and dear friend.”

Bill Feeney, who founded PIP, a charity which supports adults with learning disabilities to achieve their potential, said: “The only time he didn’t take part in the challenge was because he had an injury from playing rugby.

“He was really focused on making sure the event continued to develop, that it grew, that it raised more money to support our cause.

“He was really instrumental in spreading the word and cajoling people to take part.

“He had a very good network and knew so many people. He was just the type of guy who people naturally gravitated to.”