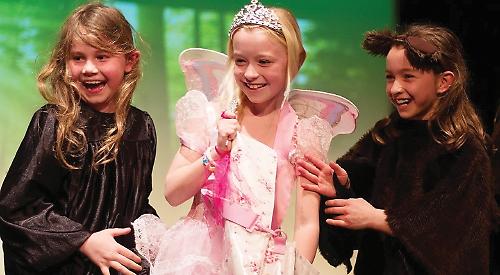 THIS year’s Henley Youth Festival will see the return of past performers to help celebrate its 25th anniversary.

They will take to the stage at the Kenton Theatre alongside this year’s youngsters as part of the traditional gala night.

Some of them are coming back from university to perform while others, who live abroad, are sending in videos and messages.

The event will also see a performance from a school which took part in one of the singing workshops led by Lucy Hewes, of Henley Rock Choir.

The festival, which offers art, music, performance and sporting activities for young people aged from four to 18, will take place from March 10 to 18.

Events include Go Kids Run, Gig Night at Lovibonds and the Junior Proms at Shiplake College. The Senior Proms, Entertain, Sing and Dance evenings will be held at the Kenton in New Street.

The full programme will be launched at the d:two centre, home of the youth and community group Nomad, in Market Place, next Wednesday at 7.45pm. Anyone interested in finding out about the festival can attend.

School workshops will again feature heavily this year and they offer every child in Henley the opportunity to take part and try new activities.

Jo Dickson, co-chair of the festival, said: “We have some firm favourite workshop providers who come each year and are always popular. These include Explorer Dome, the Young Shakespeare Company and Little Blue Monster, which was previously called Blunderbus.

“We also try to bring in at least new workshop each year and see what the schools think of them. This year we have Urban Strides, a street dance company coming and we are very excited to see what they will be doing”.

Local artists are also being brought in, with support from South Oxfordshire District Council and The Arts Society Henley, formerly called HEDFAS.

Lily Rossiter, who runs a children’s club at the Henley School of Art and who grew up in Henley, will be working with primary and secondary schools.

She and other artists are keen to produce something that they schools can use again, so they will be making bunting that the school can keep, lanterns and a collage. There will be also be numerous workshops running in schools.

Alison Flower, the art workshops co-ordinator, said: “We want to be as sustainable as possible and create art that the schools can use throughout the year at their events and celebrations”.

Organisers still want to hear your your memories of the last 25 years. You can email these to hyfinfo@gmail.com or share them on social media using #HYF25.

For more information about the festival and to take part, entry forms are available from the website www.hyf.org.uk or from hyfinfo@gmail.com