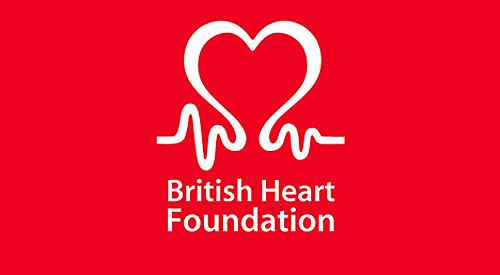 ANOTHER charity shop is set to open in Duke Street, Henley — the road’s sixth.

The British Heart Foundation has applied for planning permission for a replacement shopfront and signage at the former home of Henley Studios, which closed last summer.

It comes just weeks after the Thames Hospice in Windsor opened a shop at the former No 27 menswear store in the same street.

The other charity shops in Duke Street are Sue Ryder, the Oxfam bookshop, Cancer Research UK and Helen and Douglas House, while the Blue Cross shop closed earlier this month.

There is also another Oxfam shop in Market Place.

Town manager Helen Barnett said: “We would rather have full units than empty ones. However, we’re getting quite a big quota of charity shops and coffee shops.

“Charity shops don’t have to pay rates so they can pay higher rents, which is holding back our improvement of the town in terms of our tenant mix.

“We’re trying to work with the landlords, who all want to maximise the return on their investments.

“Charity shops have got good fit-outs these days and they do pay full rents and can compete with the independent retailers.”

As the Henley Standard exclusively revealed last week, there are set to be 15 coffee shops in the town with Berries opening in the old Jonkers book shop unit in Hart Street and another two due to open.

Ms Barnett said: “If we get enough people to sustain all these coffee shops that’s brilliant, but we’re cannibalising our market by having one particular type of retail or hospitality.”

She said she’d met with retailers, people working in the property sector and interested residents and hoped to hold another meeting in the next few weeks.

“We have had a debate about what could potentially be done and what we have done so far,” she said.

“They are nicely surprised with what we have done but recognise there are issues beyond our control.”

Henley Studios shut in June. Owner Tim Ruddock, who founded the photographic studio and art gallery in 2009, said at the time that his rent and business rates had risen so much that it was no longer viable.

He said: “Only the Costas and Starbucks of this world can afford to rent units these days.

“I suppose you can’t blame landlords for wanting to make as much money as possible but the Eighties heyday of the small businessman is long gone.

“To be totally honest, I think Henley is going to the dogs. How many hairdressers, nail bars or coffee shops can you fit into a small market town?”

South Oxfordshire District Council, the planning authority, will make a decision on the application by March 2.