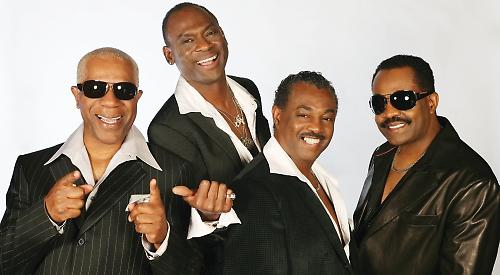 ORGANISERS of the 10th annual Rewind festival in Henley have announced the biggest line-up to date.

Kool and the Gang, Billy Ocean, Chesney Hawkes, Jason Donovan and Kim Wilde are among at least 26 stars who will perform at the Eighties music celebration on Temple Island Meadows in Remenham from Friday to Sunday, from August 17 to 19.

Also on the bill are Midge Ure, Nik Kershaw, Orchestral Manoeuvres in the Dark, Jimmy Somerville, Heaven 17, Shalamar, Marc Almond, Odyssey, Howard Jones, From The Jam, Roland Gift, Wang Chung, Doctor and the Medics, Tom Bailey of Thompson Twins, Roachford, Paul Carrack, China Crisis and T’Pau, whose frontwoman Carol Decker lives in Henley. The event will be presented by Clive Jackson, “the doctor” from Doctor and the Medics, and singer and actress Toyah Willcox.

There will be a Friday night performance featuring Neville Staples of The Specials and Magic Nostalgic, among others.

More than 140 acts have performed at Rewind since the inaugural event in 2009 and the festival has since expanded to two other locations. Many of this year’s performers have appeared before, including Kool and the Gang, who were the closing act on the Saturday night in 2012.

Organiser Katt Alexander said: “The Rewind team is really excited to stage the 10th edition of the festival and celebrate our birthday. With a line-up packed full of iconic artists proving that this music really is forever, we promise to build on the huge popularity of the festival to date and take it to new heights with more performances, entertainment and experiences than ever before.”

Decker, who performed at the first Rewind and has appeared at several since then, said: “I’m delighted to be taking to the stage again for the 10th anniversary.

“I performed at the first ever Rewind and it was so exciting to help launch a new festival celebrating the fantastic era which T’Pau was so much a part of.

“I live locally so it was a very special, personal experience.”

The festival was founded by David Heartfield following a conversation with Decker, who is a friend.

He was struggling to book an act for a picnic concert in Norfolk and she suggested booking several as an Eighties tribute instead.

The festival is attended by 40,000 people every year and is renowned for the colourful costumes worn by revellers, which can range from pop stars to children’s cartoon characters and even toys like the Rubik’s cube.

The Henley event is now known as Rewind South while Rewind North takes place in Cheshire and Rewind Scotland in Perth. Rewind events have also taken place in South Africa, Dubai and Thailand.

In January last year Mr Heartfield, from Rotherfield Greys, sold the festival to radio group Global as part of a £30 million deal.

Mr Heartfield will be involved again this year before handing full control to Global.

Weekend tickets cost £115 for adults or £135 including camping and can be purchased at south.rewindfestival.com