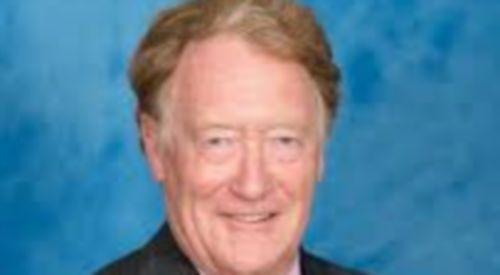 HENLEY has enough police for the amount of crime, says the Thames Valley police and crime commissioner.

Anthony Stansfeld was speaking during a question-and-answer session with town councillors at the town hall last week.

Mr Stansfeld, 72, said there were no plans to close the police station in Greys Road, which has not had a front desk open to the public since 2016.

He said Thames Valley Police had been given no choice but to make cuts as it had received less government funding despite being the fourth biggest force in the country.

Mr Stansfeld said: “Our biggest problem is we get considerably less funding than the other police forces — £160 per head of population.”

Mr Stansfeld, who was elected in 2012, said the force was now in a “fairly stable” position financially but the cuts had meant there were fewer officers.

“The major cuts have been stopped,” he said. “When I became the commissioner we had 4,300 police officers and we have lost 400 over the last six years.

“If we had not had £100million taken out of our budget with the efficiencies we have made we would have about 500 extra police officers. What you don’t see are police officers on the street and I sympathise.”

Mr Stansfeld said there had been advances in technology, such as number plate recognition cameras and forensics, and Thames Valley shared IT resources with the Hampshire force.

“It is a much more effective police force,” he said. “We have to recognise that we are very stretched but we are using the resources as effectively as we can.”

Mr Stansfeld said that with fewer officers he wanted to make them more visible and he had re-introduced helmets for officers in Reading as a trial.

“They were all for it,” he said. “The younger police officers, who have never worn a helmet, had said they were against but then they said it gave them vastly more standing.”

In response to a question by Councillor Stefan Gawrysiak, Mr Stansfeld said Henley was a “low crime area”. Across South Oxfordshire and the Vale crime had risen by 15.8 per cent before peaking in the summer and was now coming down again.

Councillor Will Hamilton asked if the police station could be re-opened to the public.

Mr Stansfeld replied: “It is not being shut down. It has a lease for another seven years.

“I would like to keep police stations open with a front desk with people behind them smiling but, sadly, we don’t have the money to do that.

“The thing we found with a lot of the police stations was that people were keen to keep them open but the number of people who went in was one or two a day.”

Cllr Hamilton also asked for an assurance that the police staffing level in Henley was adequate.

Mr Stansfeld replied that it was in relation to the crime rate, adding: “It is a safe place but you don’t feel safe if you have your house burgled.

“It depends what the emergency is. If you have an armed incident in Henley today you would have a pretty fast armed response from the police.”

Mr Stansfeld replied: “I think they are extremely effective.

“If someone’s shed has been burgled or something, the PCSO often knows who did it straight away because they know the district and people talk to them.

“Various police forces have done away with PCSOs — we’re currently not doing that. Our biggest problem, particularly with the younger ones, is they go off after a couple of years and become police officers.

“I think they do a fantastic job. The more we have the better.”