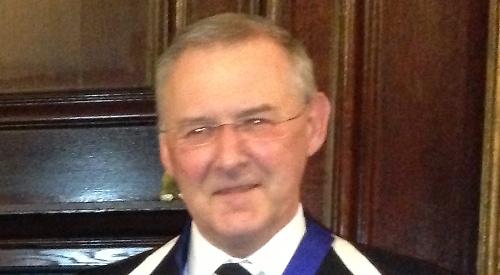 A COACH at Henley Rowing Club has been honoured for his contribution to the sport.

Chris Boothroyd won the club performance award at British Rowing’s Volunteer and Coach of the Year Awards held at the River & Rowing Museum in Henley.

The awards recognise and celebrate the passion and dedication of volunteers and coaches across the country.

Mr Boothroyd, 67, who lives in Sonning Common, was unable to attend the event, but said: “It’s nice to have been nominated and for British Rowing to have recognised my efforts.

“I’ve been doing it for 20 years or more. You go down when your own kids start rowing and people say ‘you can do a bit of coaching’.

“Henley has always been a good town club and you get a real mix of members — girls, boys, masters, men and women.

“Rowing has a bit of reputation for being snobbish but if you look at the people in Henley that row there’s nothing like that about it — it’s for all types.”

Mr Boothroyd was the club’s lead junior coach for 15 years but switched to coaching only the J15 girls this year.

Last year, 10 of the club’s girls represented either Great Britain or England.

The club also had six girls representing England in the Home Countries International.

Mr Boothroyd added: “We’ve had so many wins over the years there’s just too many to mention.

“If they develop the basic skills at a younger age then they are more likely to do well as they get older.

“It’s not necessarily winning but it’s being able to compete at the right level. If they can do that then they are more likely to continue in the sport.”

The awards were presented by Annamarie Phelps, chairman of British Rowing, and double Olympic champion Alex Gregory, who lives Ipsden.

Phelps said: “It is a privilege and an honour to be able to recognise the hard work, dedication and passion of these amazing volunteers and coaches.

“Without them, and the tireless work of so many others, rowing would not be able to thrive across the country.”

Mr Boothroyd, a retired quantity surveyor, joined Henley Rowing Club in 1971. He competed in many local regattas in the fours and eights before moving into the administration and coaching side of the sport in the Eighties,

He served on the club committee for 30 years and has been captain, chairman, secretary and vice-president. He is also one of the club’s trustees.

Mr Boothroyd lives with his wife Elaine and the couple have two grown-up children, Katharine, 34, and John, 32.