My hockey playing friend was suave like Colin Firth 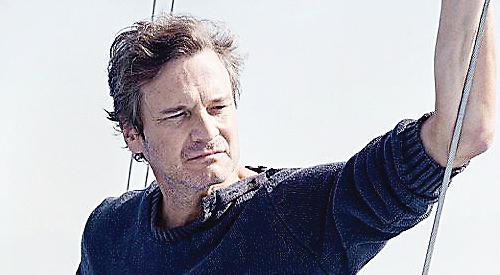 Both men were members of Maidenhead and Bray Hockey Club’s 3B team in the Fifties and Sixties.

Crowhurst’s life has been depicted in The Mercy, a new film telling the story of how he died while competing in the Sunday Times’ Golden Globe Race, a single-handed, round-the-world yacht race in 1969.

Brian, 83, says that years earlier Crowhurst lived in Maidenhead and they played hockey together for about five years. He still has a team photograph from the 1959-60 season. He says: “I was a right-back while he was a forward. You can see from the picture with his hands on his knees that he was always ready for action.

“He was a very likeable bloke. You got the impression he had a good education. He was popular, nice to everyone. At the time he was living in the area but he ended up moving for business reasons.” Brian, who has lived in Henley for more than 50 years, says Colin Firth was a good choice to play Crowhurst in the film.

He explains: “Tall, dark and good-looking, Donald was a bit of a character and would turn up to matches in his second hand, antique Austin 7.”