Home show to return next year 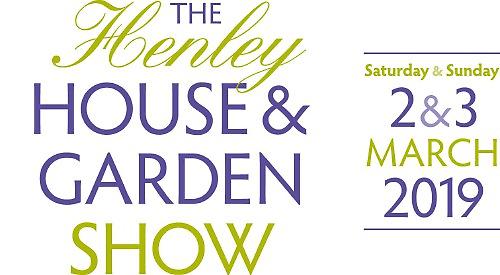 THE third Henley House & Garden show will be held next year following a three-year hiatus.

Interior designer Niki Schäfer, who has organised the show since it started in 2015, said it would now take place every two years.

Next year’s show will be held on March 2 and 3.

Mrs Schäfer, of Walton Avenue, Henley, plans to have more than 65 exhibitors as well demonstrations and experts offering advice.

She said: “I was hoping to hold the third show this year but when I looked at the availability for the town’s venues at the time when we traditionally have the event, they were booked up. I looked at doing it in November and making it more of a winter thing but the town has so much in the run-up to Christmas and I didn’t really want to compete with that.

“My intention was always to bring people into the town when it’s a bit quieter so we have reverted back to the very end of winter. That’s the best time from a house and garden perspective because people are planning their homes for the year and it’s nice to come out and get a bit of inspiration.”

Mrs Schäfer, who chairs the Henley Business Partnership, said there would once again be a large marquee in Market Place with exhibitors ranging from artists and florists to professionals offering services and products as well as a number of exhibitors in the town hall. There would be demonstrations in the marquee and a keynote speaker on each day.

“We’re also going to focus on upcycling and recycling, which is a kind of conservation. It’s important we keep an eye on the planet, so understanding antiques, how to look after them, make them more contemporary and different in some way.”

She hopes to work with Lynne Lambourne, of Love Local, which brings together local enterprises, small retailers and artisans.

Mrs Schäfer said: “We’ll definitely have a cooking demonstration and we’ll have a stage in the marquee again.

“Maybe we could have a floral workshop so it’s more in the centre of things rather than people going off to a separate room to sit down.” She said she was excited about the show returning.

“I have missed it,” she said. “After two years in a row I was tired, I have to say, so the break has been really good. I think people in this town are really proud of their homes and gardens and there’s a real interest.

“This town is so good at festivals as we know how to put on a show and I want to contribute to that in an industry I know well.”

The show, which is being supported by Henley Town Council, will once again be raising money for the Chiltern Centre for disabled children in Henley.