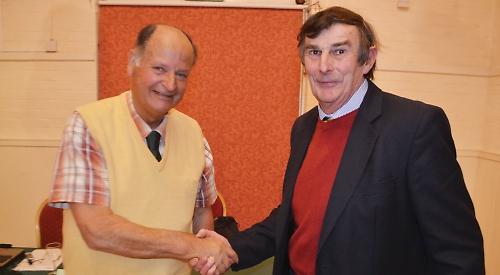 THE organisers of the Henley Show almost broke even with their events last year.

The annual meeting of the Henley and District Agricultural Association heard that it recorded a deficit of just £258 last year.

This compared with a record deficit of £9,510 in 2016 due to poor weather and fewer visitors to the September show.

Association treasurer Paul Fairweather told the meeting at Hambleden village hall on Monday: “The finances remain in reasonably good shape for a show charity anywhere in the country, apart from Newbury.”

Last year’s 126th show was accompanied by sunshine in the morning but heavy rain after lunch.

Andrew Ingram, who chairs the association, said that “the Gods conspired against us a bit”.

He said: “It appears people determine their day, even their week, by the weather. It wasn’t a disaster but it was not a cracking good summer’s day.” The ploughing match in October had two days of heavy rain beforehand but the sheepdog trial in July enjoyed better conditions.

Mr Ingram paid tribute to the association’s outgoing president Richard, the Earl of Macclesfield, as well as the volunteers, committee members and sponsors, saying they made the events possible.

He revealed that the association was looking at an alternative site for the ploughing match from 2019, having been at Bishopsland in Dunsden for more than 30 years.

The Earl of Macclesfield was succeeded as president by Simon Stracey, 70, who runs White Pond Farm in Stonor.

He told the Earl: “I was really surprised when Andrew asked me to be president. It would be really great to get a younger generation — I mean the thirties, forties and fifties — young farmers and people like that involved.”

Speaking later, he said: “My main hope for the year is that the weather is fine on show day and that everyone who helps has fun, enjoyment and reward for the all the work and effort they put in.”

Mr Stracey attended Cirencester Agricultural College and in 1967 began farming in partnership with his father John, who took over White Pond Farm in 1937.

They built the dairy herd up to 120 and grew 180 acres of cereals. The farm size increased to 420 acres with another 100 acres of rough grazing, the size it is today.

Mr Stracey said: “I wanted to farm from the day I could walk, a decision I have never regretted.”

His father died in 1988 and he took over the tenancy of the farm. It now has up to 400 cattle and sells 180 finished cattle per annum to Waitrose.

The farm has also been used for filming TV adverts, Midsomer Murders and the 1987 James Bond film The Living Daylights.

Mr Stracey met and married his wife Lindy in 1976 and the couple have two children, Tora and Eds.

This year’s sheepdog trial will take place on July 22 and the show on September 8, both at the Henley Showground in Hambleden.

The ploughing match and country market will be held at Bishopsland, Dunsden, on October 7.

• There will two new attractions at this year’s show — jousting by the Knights of Middle England, from Warwick, and eight Galapagos tortoises.