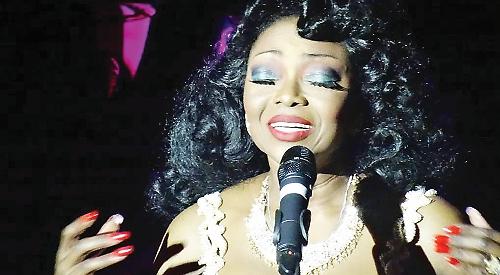 ACTRESS Rula Lenska is bringing her one-woman show to the Kenton Theatre in Henley just days after its premiere in the West End.

The star of stage and screen, who is best known for Rock Follies as well as appearing in both Coronation Street and EastEnders, will launch the New Street venue’s Spring and Summer programme next month.

Her show, From Dzikow to Willesden Green, will be staged on April 13 and will tell the story of her mother, a countess who escaped Nazi-occupied Poland, survived a concentration camp and arrived in England as a refugee.

Two new plays follow in May and June with the first marking 100 years since women were given the vote.

A Necessary Woman is set on the night that suffragette Emily Davison, whose tactics included breaking windows, throwing stones and setting fire to post boxes, hid overnight in Parliament, which she was to do on three occasions, including on the night of the 1911 census, which is where the play will be performed later this month, before coming to the Kenton on May 16.

Georgie Fame leads the music offering, making his return to the Kenton after previous sell-out performances, on April 21. Eighties hit-makers The Christians appear at the theatre for the first time on April 7 and tributes to both Bob Dylan and Cliff Richard & The Shadows on April 12 and 14, respectively.

On May 26, West End and TV star Patti Boulaye presents Billie & Me, a celebration of the music and life of Billie Holiday.

Then, on June 8, the ever-popular All Things Must Pass Orchestra, celebrating the music of ex-Beatle and Henley resident George Harrison returns. This is followed by The Tina Turner Experience, paying tribute to the iconic singer on July 20.

A series of comedy shows have also been lined up for the coming months.

Richard Herring makes his Kenton debut on April 19. He has created 13 concept-driven one-man shows, such as Christ on a Bike and Hitler Moustache, and performed for 11 consecutive years at the Edinburgh Festival Fringe.

Tom Allen, as seen on the Royal Variety Show and heard on BBC Radio 4’s Just A Minute, appears on May 25, followed by Lee Nelson on June 22.

Meanwhile, the popular multi-act show Comedy at the Kenton returns on both May 11, with Julian Deane, Lou Sanders and Glen Moore, and July 5, during Henley Royal Regatta, with Carl Donnelly, Katie Mulgrew and Jacob Hawley.

The Kenton will also showcase the best of local talent with Gypsy, the latest production from the Henley Amateur Operatic and Dramatic Society, from April 25 to 28.

The Henley Drama Festival returns for its 47th season from May 1 to 5 while Alison Jayne Dance School stages Kaleidoscope on May 19. The Henley Children’s Theatre will be performing its annual summer show on June 17, Performanze, brings Dance With Attitude on June 24 and the Artemis Studios Performing Arts School brings Ghost Station on July 13 and 14 and Sweeney Todd on July 14 and 15.

Talks include Professor Robert Winston on March 25, Dads’ Army vicar Frank Williams marking 50 years of the much-loved sitcom on May 6 and That’s Life host Esther Rantzen looking back on her career on June 2.

And, for something a bit different, after bringing burlesque to the Kenton for the first time last year, May 10 sees Karen Viljoen present an evening of weird and wonderful magic with Dee Riley.

One of the UK’s leading close-up and stage magicians, Dee has been praised by everyone from Prince Harry and Tom Jones to Katy Perry and Michael Fassbender.

Programming manager Tom Ryan says he and co-manager Paul Price-Davies have been focusing on what the theatre does best in hosting grassroots talent whilst also trying to get performers who offer variety.

He said: “We are really excited about the new season because we are building on all the things that the Kenton is really strong on with all the local performing groups and then adding to it.

“Comedy has been something of a boon for the Kenton over the past year with sold-out shows and some high class acts. People are saying how pleased they are at not having to travel to Reading or further a-field to top performers.

“I am also looking forward to the magic night with Dee Riley which is something else that’s a bit different. I haven’t seen him perform but he has achieved some high praise from celebrities.”

Mr Ryan says singer Patti Boulaye has asked to perform at the Kenton after hearing about the theatre which he believes shows the theatre is getting the balance of acts right.

He added: “In the last year we have had an Oscar-winner on stage followed by a children’s theatre group — that’s what makes the Kenton so good — it’s a theatre where you can go and perform and also see the best of variety shows.”