Now artist is asked to light up Marlow bridge 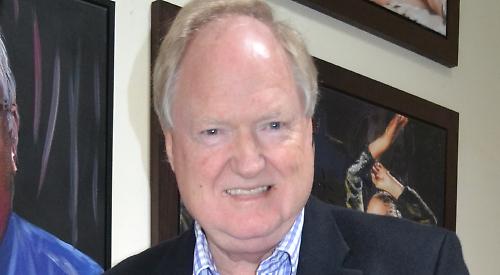 THE artist who attached lights to Henley bridge without permission has been asked to do something similar for Marlow bridge.

Clive Hemsley has had talks with the town’s mayor Jocelyn Towns and representatives of its chamber of commerce about the possibility of illuminating the bridge in time for the town’s May fair on May 12.

They contacted him after reading about his initiative in Henley, in which he attached two strings of 800 white LED bulbs to both sides of the town’s Grade I listed bridge.

Mr Hemsley, of Hart Street, Henley, has been ordered to remove them by Oxfordshire County Council, which is responsible for the 18th-century structure.

South Oxfordshire District Council says he didn’t have planning permission and warned it could prosecute him if the work is found to have damaged the historic Ham stone.

Mr Hemsley says he cannot remove the lights until the flow of the river is reduced so it is safe to do so. He has suggested hanging several lengths of white “festoon” LEDs totalling 800m along the main cables of Marlow’s Grade I listed suspension bridge.

They could also go along its sides, running parallel to the road and around the edge of the arches at either end.

This would need the consent of Buckinghamshire County Council, which is understood to support the idea in principle, as well as planning permission from Wycombe District Council.

Mr Hemsley, whose advertising agency is based in Marlow, said: “It would be easier to install because, unlike in Henley, we don’t need to do it from barges and there’s power at both ends.

“There’s no need for adhesive as it can be attached with clips.

“The Marlow people approached me last week because they were very impressed with the Henley lights and wanted something similar.

“It will have a hell of a wow factor but will be subtle as they don’t want a Las Vegas effect.

“I might not necessarily be asked to install it but it’s a great opportunity and they seem to be very dynamic over there.

“It’s funny how totally different their attitude is — they want to keep local people happy and make a big feature of their bridge.

“I think we could learn a lot from their approach as they’re keen to work together to make things happen.”

Almost 2,400 people have now signed an online petition urging the authorities to allow the lights on Henley bridge to stay.

Mr Hemsley has told the councils that they aren’t doing any damage as he tested the adhesive before the installation.

He said: “They want the lights to come down but they’re being very quiet at the moment because they know it isn’t safe to do so and they’d be liable if anything went wrong.

“We can’t touch them while the Environment Agency has red or yellow warnings on the locks but I’ve sent them photographic evidence that the adhesive can be removed and I’ve obtained the solvent that will do it.”

The county council says it would welcome a lighting trial in principle but would need to supervise the process and obtain the consent of the district council and Henley Town Council.

Meanwhile, the town council has agreed to discuss whether it supports the idea.

At a meeting on Tuesday, it voted to refer the matter to its town and community committee for a debate.

Mayor Kellie Hinton said: “Mr Hemsley is very passionate about the town and is coming from a good place.”

Councillor Sam Evans said: “This has created a huge amount of feeling. There’s no way we can avoid discussing it if we are to represent our residents properly.

“I support the principle of lighting the bridge as long as it follows due process.”