New trial market in trouble before the first one 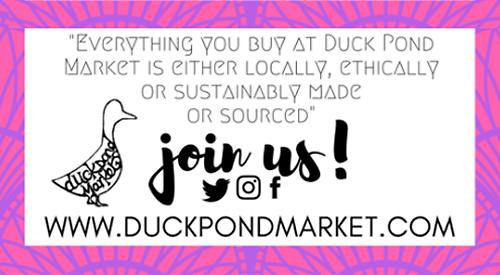 A ROW has broken out over a new market in Henley which plans to sell food despite being banned from doing so.

Earlier this year, Duck Pond Market was offered a three-month trial by the town council to run a new “artisan” market.

The company offers two types of market, food and art, and the council chose the art market to avoid conflict with local traders.

However, the company has been advertising both crafts and food on flyers at the library and online.

Councillor Donna Crook told a meeting of the town and community committee that this could have a “detrimental” impact on Henley retailers.

Deputy Mayor Lorraine Hillier, who chairs the committee, said: “It was agreed by this council that it was a craft market only and definitely no food — that was the whole point of this trial.

“We will have to get in contact with Duck Pond and make it clear that there’s no food.”

Town manager Helen Barnett said she had been in touch with the company and said there would be “some elements of food” but nothing hot.

The council should be given a list of retailers attending the event, she said.

“It makes us lose faith in them if they can’t just follow that remit,” said Cllr Hillier. “Now I’m regretting we’re doing a trial with them.”

After the meeting Ms Barnett said: “We’re working with them to hopefully find a solution that everyone is happy with.”

The new market is due to use both Market Place and Queen Elizabeth Hall, which is on the top floor of the town hall and the town council wants to make better use of.

The company said it hoped to book an average of 11 markets with 60 stalls at each one. Stallholders would pay between £6 and £10 each.

After the trial the council will review footfall and the effect on traders.

The committee also agreed to withdraw an offer of a three-month trial to a man wanting to sell ice cream from a vintage Italian tricycle in Market Place.

Mike Rogers, of Moto Gelato, had asked for permission to operate on two or three days a week, saying he would be a talking point and attract visitors.

He was offered a pitch at the weekly charter market but then said he needed to be operating only when the weather was warm.

Mayor Kellie Hinton said: “I don’t think we can let him go as and when he likes.”

Mr Rogers, from Middle Assendon, bought a 1948 Moto Guzzi Ercole in Italy in 2016 and spent a year converting the machine.

He unveiled the three-wheeler at Henley Royal Regatta and was also at last year’s Thames Traditional Boat Festival and the Christmas festival.