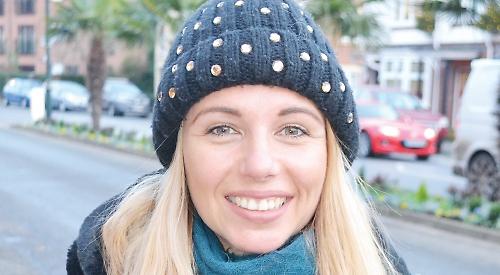 HENLEY is becoming a soft target for criminals, a town councillor has claimed.

Donna Crook, a Conservative, said that police took 40 minutes to respond to an incident at the Carphone Warehouse shop in Bell Street on February 26.

A member of staff was threatened during the theft of two mobile phones by three men. Police said at the time that it was a shoplifting offence.

But Councillor Crook said a knife was involved.

“Anything could have happened to him — he could have been stabbed to death,” she told a meeting of the town council’s town and community committee.

“It’s not on. We’ve become a soft target for crime and when people know that, it’s going to start happening more often.”

The committee also heard about an attack on a man and woman outside the Smoky Flame takeaway in Greys Road on March 14.

But Mayor Kellie Hinton said there appeared to be two different versions of events as someone had complained that it had taken police 25 minutes to come from Reading.

She said there had also been claims that it took officers 37 minutes to attend a crash in Deanfield Road last month in which a car ended up on its roof when in fact she knew it had taken only a few minutes.

Councillor Hinton said the police should have a Facebook page to post updates, saying this would “put these flames out because the silence is fanning them”.

Sgt Anns said a Thames Valley Police South and Vale Facebook page would be launched in June which he hoped would enable the force to publish alerts and appeals more rapidly.

“We need to be able to present the facts and sometimes counter information that perhaps has been incorrectly distributed,” he said.

He said the incident outside the takeaway was “concerning”, adding: “It’s quite a serious assault for us, especially in Henley.”

Sgt Anns said officers were trying to be more visible in the town.

“I know that’s a key issue here and people feel they don’t see the police,” he added.