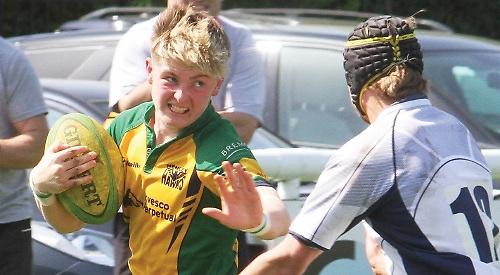 A RESTRUCTURED Henley Hawks Colts travelled to London Scottish on Sunday for a friendly ahead of their league title decider.

The match at the Athletic Ground was arranged to field those players who have seen their opportunities limited in recent weeks. So it was not unexpected that the Hawks appeared disjointed initially and soon found themselves behind at 12-0.

But as the game progressed, Henley began to spend more time in their opponents’ half and Tom Grenfell laid the platform for their first try. Quick recycling enabled Henry Heath to make further inroads before a well-timed long pass from Jamie Winch allowed Tom Purchase to overlap and touch down.

The visitors had further opportunities to increase their tally through passages of play featuring Callum Brady, Sam Butler and Adam Porter but were unable to provide the finishing touches. Without their regular locks, Henley struggled to win line-out ball but held their own in the scrums where Henry MacLeod, Will Thomsett and Ben Hamilton impressed. After a further try from the hosts, Henley came back with an incisive break from Ben Venner, which was finished off by Grenfell.

Although London Scottish did score again, there were plenty of positives to take away, particularly notable was the tackling by Grenfell, Hamilton and Tom Priestley.

The Colts next face Newbury at Dry Leas on Sunday (kick-off 2pm) to decide who wins the league title. The hosts remain undefeated all season while the visitors have lost once in their campaign.