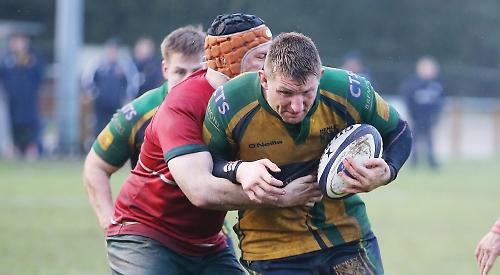 HENLEY HAWKS will be looking to end their National 2 South campaign on a high by halting their four-match losing streak away at local rivals Redingensians Rams tomorrow (Saturday).

Following last weekend’s secondhalf capitulation at home to relegation battlers London Irish Wild Geese, there will be some changes to the line-up.

Dave Manning returns at tighthead in place of George Primett, who drops to the bench, Tom Hall comes in at openside flanker and in the backs, Sam Portland replaces Toby Venner on the wing.

Young guns, Toby Howe and Will Janes, who was named man of the match last time out, have been given another opportunity to build on their recent encouraging performances.

The side will be led out by Dave Clements in his final game for the Hawks before hanging up his boots and retiring from the sport while Tommy Haynes will also be playing his final game in Hawks colours.

This fixture is billed as the Battle of the Thames and when the two sides met at Dry Leas on the first day of the season it was another tightly contested game.

The Hawks had a poor first half in which they found themselves 24-10 down at half-time. But they responded well after the break and ran out 28-24 winners.

Since then, the Rams have been in scintillating form, which has seen them rise to third place in the league table, which they will be looking to build upon for next season.

In contrast, the Hawks, despite showing a good run of form in the build-up to Christmas, have had a very mixed 2018.

At one stage they were battling hard to enter the top four but have fallen away badly over recent months and now find themselves in ninth place in the league.

If results go their way, then a seventh place finish is not beyond their grasp but they will need to rediscover their form from November and December if they are to have any hope of overcoming this strong Redingensians side.