Campaigner to stand in council by-election 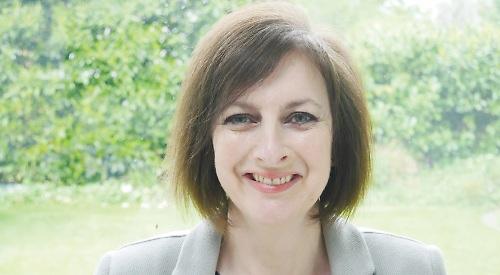 A CAMPAIGNER who fought to keep a leisure centre open will stand for Henley Residents Group in next month’s town council by-election.

Michelle Thomas, who founded the Keep Henley Active pressure group which was against the closure of LA Fitness, in Newtown Road, said she wanted to prioritise amenities and infrastructure for the town.

Mrs Thomas, 49, of Belle Vue Road, said: “I gleaned so much knowledge about planning policy, about the way councils and planning departments work in those two years that I wanted to make sure that knowledge was used and that further damage was not done to this town.

“I believe if you have got strong beliefs like that then you need to put your head above the parapet and see what you can do for the town. You can’t just be on the sidelines.”

Mrs Thomas says she wants to prioritise infrastructure in the rewrite of the joint Henley and Harpsden neighbourhood plan.

She explained: “I want to help HRG, and the town, make sure that they can fight any planning applications that come in that are not in the neighbourhood plan.

“I believe if you have got a healthy mix of infrastructure — housing, office space, retail space and leisure facilities — then you’re going to have a really healthy, vibrant town.”

She also wants to tackle the town’s pollution problem, explore different ways to ease congestion and has also campaigned for fairer funding for school children.

“What I’m saying to people is ‘I’ve got the tenacity to see things through right to the end’,” she said.

“As a resident you don’t really get the answers you’re pushing for — they start talking in platitudes and toeing party lines. I hope, if I’m a councillor, I can get meaningful responses to issues like these.”

Mrs Thomas, who works as an office assistant at Leander Club and lives with her husband David Horsley and children Eleanor, nine, and Tom, 12, said she was excited about standing.

“I’m really looking forward to going knocking on people’s doors asking them what they feel passionate about and what they want to see happen in the town over the next three to five years,” she said.

Keep Henley Active lost its fight to save LA Fitness when Henthames, of Essex, bought the gym and pool in 2015 and then secured planning permission to demolish it and build an 80-bed care home.

Henthames put the land on the market in February last year and the building has now been demolished.

As well as the ruling Henley Residents Group, the by-election is set to be contested by the Conservatives and Labour, but their candidates have not yet been announced.

Miss Chandler-Wilde, a Telegraph journalist, resigned saying she was struggling to fulfil her council duties because of growing work commitments. She had been a councillor since 2015.