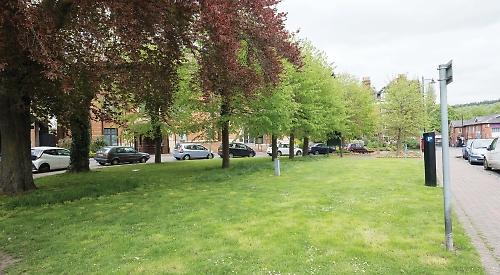 WITH the weather working its way towards summer, many workers in Henley may be turning to the public seats in this spot to take their lunch break.

It’s Station Park which is almost opposite the turning to the railway station, and was right opposite the earlier station entrance which was actually on Station Road until the Seventies.

While eating your lunch pause for a moment to reflect that this area of grass, flower beds and trees is where the turntable and coal sidings for the old steam locomotives were located and an information board offers the historic details.

In 1857 this new line was opened as part of Isambard Kingdom Brunel’s Great Western Railway linking to the main line from London to Reading. In the Sixties there were cutbacks and the dual lines reduced to a single line to Twyford, followed by a change from steam to diesel, which is the same as the power in current use.