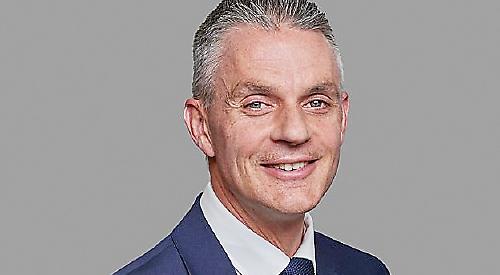 A BBC executive from Peppard has been made a Commander of the British Empire in the Queen’s birthday honours.

Tim Davie was honoured for services to international trade.

He is chief executive of BBC Studios, the largest commercial subsidiary of the corporation that was formed by the merger of BBC Worldwide and the BBC’s principal production arm in April.

It is responsible for the BBC’s commercial production and distribution in the UK and around the world. All its profits are reinvested for the benefit of the television licence fee payer.

Mr Davie said: “It is an immense privilege to receive this award for the work I’ve done to promote our vibrant creative sector globally.”

He has previously been chief executive officer of BBC Worldwide, acting director-general and director for audio of music.

Before joining the BBC he was vice-president (marketing and franchise) for PepsiCo Europe.

He is married to Anne and they have three sons, James, William and Edward.

Meanwhile, a weapon systems operator based at RAF Benson was made an MBE.

Master aircrew Mark Bradley received the honour for more than 20 years’ service as part of the Chinook helicopter force.

He has completed more than 20 deployments in Northern Ireland, the Falkland Islands, the former Yugoslavia, Iraq and Afghanistan. He joined the RAF in 1995 as a weapon systems operator and has amassed more than 6,000 hours flying on the Chinook, including more than 1,000 hours as a crewman instructor.

MAcr Bradley currently works with the support helicopter standards and evaluation team at the base.

This involves ensuring high standards are maintained by crews operating all helicopters in the joint helicopter command.

He said: “I really can’t believe this. Being in the RAF has been the most fun and rewarding 23 years of my life and to be made an MBE is an honour.

“I have to thank my wife, Jenny, close friends and colleagues for all of their support.”