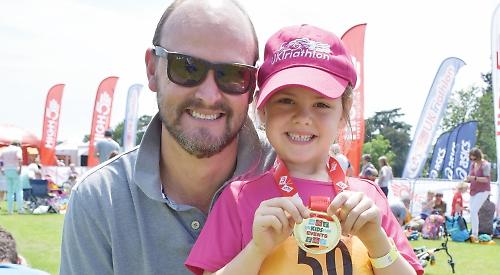 The five- to 16-year-olds were split into six age categories for the event at the Henley leisure centre pool and Gillotts School.

Henley Mayor Glen Lambert handed out medals to the children as they crossed the finish line.

Zoe Steenson, marketing manager at UK Triathlon, which organises the event, said: “All the kids went home happy and smiling. It was a warm day and they did incredibly well. We’ve had good feedback from parents.”