Prom gets into gear with car parade 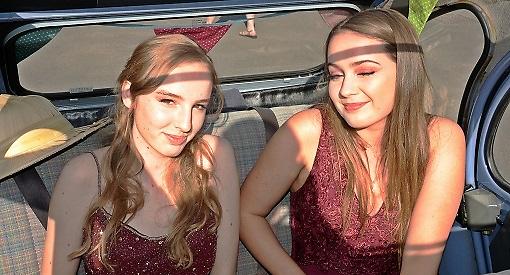 A COLOURFUL procession of vehicles marked the opening of this year's leavers' prom at Gillotts School in Henley. Pupils arrived at the event, which took place at the secondary in Gillotts Lane last Friday, in everything from classic and modern sports cars to camper vans and trucks and Jeeps from the Second World War. One group of about 20 students arrived in a long trailer being towed by a 1965 Massey-Ferguson tractor which gave them a tour of the town before taking them to the prom. Another arrived dressed as Forties gangsters and arrived in a car from the period equipped with a "klaxon" style horn, which they sounded as they pulled up. After stepping out of their vehicles, the youngsters posed for photographs on a small section of red carpet decorated with balloons before joining their friends on the school courtyard.

For the full story and photographs, see Friday's Henley Standard.