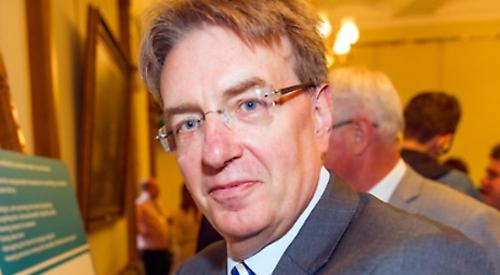 PLANS to build a third runway at London’s Heathrow airport have been backed by MPs.

The government won a key vote in favour of the £14 billion expansion project with a majority in the Commons by 415 votes to 119.

Conservative MPs were told to support Prime Minister Theresa May but Henley MP John Howell was not present as he was away in Strasbourg on official government business.

After yesterday’s vote he tweeted: “There is still much to be done following the vote on Heathrow, in particular taking care to work closely with local communities including Henley but this result means work can now begin on delivering a scheme which will create jobs, growth and new connections across the UK.”

Mr Howell has received repeated complaints from residents about the noise from planes circling over Henley when coming into land at Heathrow during easterly winds.

This is caused by aircraft performing a 180 degree turn 4,000ft above the town.

He had also previously raised the issue in the Commons, saying Henley was “very badly blighted” by noise pollution from aircraft.

The Labour party’s official position was to oppose expansion but its MPs were given a free vote.

Matt Rodda, who represents Reading East, voted against. He said: “I voted against the plan because of the difficulty of building the runway, damage to the environment and lack of guaranteed connections to regional airports.”

Meanwhile, Foreign Secretary Boris Johnson, a former Henley MP and leading opponent of expansion, missed the vote because he was in Afghanistan.

He could have been forced to quit the government if he had voted against the plans and was mocked by fellow MPs for failing to appear.