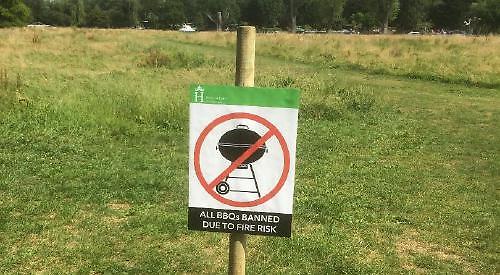 BARBECUES have been banned from Marsh Meadows in Henley during the current hot spell due to the increased fire risk.

The town council has introduced the ban and says it could remain in place until September as the grass is very dry.

The move follows a series of recent incidents at the riverside beauty spot where large amounts of rubbish have been left by visitors.