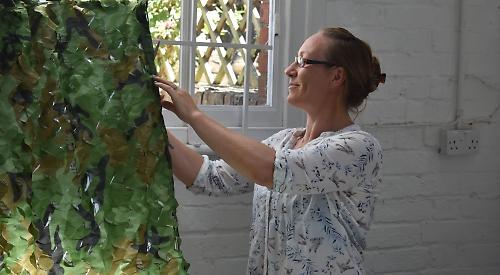 DOUBLE Olympic silver medallist Debbie Flood opened an exhibition commemorating rowers of Henley and the Thames who died in the First World War.

The exhibition at the Old Fire Station Gallery in Henley was researched and created by amateur historian Mike Willoughby, 70, from Woodcote, and his wife Lesley.

It featured biographies and pictures of the men who lost their lives, including 28 who competed in the Ladies’ Challenge Cup at Henley Royal Regatta in 1914.

Flood, who lives in West Street, Henley, said: “It’s an amazing commemoration. Just seeing all the names on a board and being able to look at all the life stories is wonderful.

“I represented my country in rowing but these are men who represented their country in service and lost their lives doing so. Obviously this was generations before us but we don’t want to forget.”

Mr Willoughby began researching the First World War in 2007 after learning that his great uncle had been killed in action on the Somme.

His work eventually led to the founding of the Lest We Forget project and the publication in October 2014 of a 320-page commemorative book entitled Bringing Them Home — Men of Henley 1914-1921.

He said: “I’ve worked towards this opening for the last year but it’s actually here now and it’s absolutely brilliant. After completing the research on the men of Henley and the local villages, I went on to research the men of Leander. Nobody had done it before.”

The plaque can be viewed at https://heartheboatsing.com