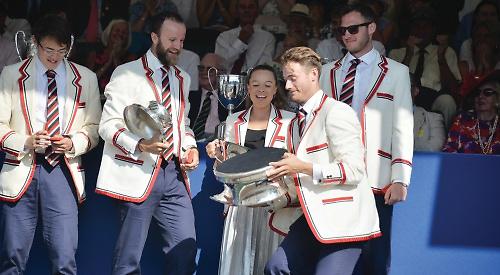 A member of the latter crew became overexcited and thrust the trophy into the air, not realising it was in three parts, and sent the base crashing to the ground with a loud bang.

After a gasp from the crowd and a few sideways glances from his clubmates, he was able to retrieve the wayward piece of silverware.