Literary festival thanks audience for success 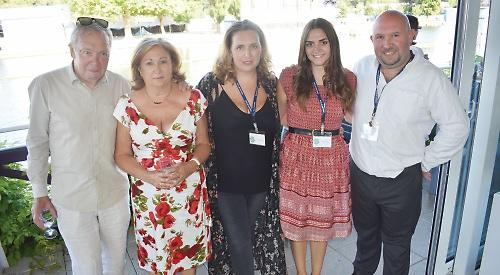 ABOUT 200 people attended the launch of the 12th annual Henley Literary Festival on Monday.

A total of 4,400 tickets for the festival, which runs from September 29 to October 7, were sold to members in the first 24 hours they were available.

Programming director Tom Ryan said: “It’s nice that we play a part in keeping that busy Henley summer going. We’re very appreciative of all the support we get from the town.”

Festival founder Sue Ryan told the crowd this year’s festival would feature the “richest and most diverse programme ever” following its extension from a week to nine days.

She said: “Festivals are places writers travel miles to meet intelligent audiences who care about the work of the imagination and the development of arguments.

“In truth the success of the festival owes its success not to us, but to you. You are the intelligent audience, whose enquiring minds, thirst for knowledge and general enthusiasm has put us on the map.”

The festival will feature 170 events taking place at venues across Henley. There will be around 40 events for children of all ages.

Tickets will go on sale to the general public on Monday online at 9am and by phone at 10am. For more information visit www.henleyliterary
festival.co.uk or call (01491) 575948.