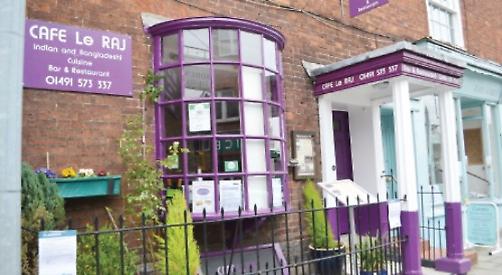 Officers visited Asiana Spice in Reading Road and then Cafe Le Raj opposite on Thursday evening last week and found a total of nine members of staff who had no right to work in the UK.

Both businesses may now face fines running into the thousands unless they can demonstrate that proper checks were carried out.

The Home Office said that checks at Asiana Spice uncovered six members of staff who had no permission to work in the UK.

A spokeswoman said: “Four men, all from Bangladesh and aged between 28 and 44 years old, were arrested and remain in immigration detention pending their removal from the UK. All had overstayed their visas.

“A further two Bangladeshi men — with ongoing immigration applications, but with no right to work — were escorted from the premises and must report regularly to the Home Office while their cases are dealt with.”

At Cafe Le Raj checks revealed that three members of staff had no permission to work in the UK.

The spokeswoman added: “Two men, aged 31 and 42 and both from Bangladesh, were arrested and remain in immigration detention pending their removal from the UK. Both had overstayed their visas.

“The third man, also from Bangladesh — who has an ongoing application, but no right to work — was escorted from the premises and must report regularly to the Home Office while his case is dealt with.”

Both businesses were served with referral notices.

This means a financial penalty of up to £20,000 per illegal worker found will be imposed unless the employers can demonstrate that appropriate right-to-work document checks were carried out, such as seeing a passport or Home Office document confirming permission to work.

The Home Office said the raid was the result of intelligence information and immigration enforcement vans were spotted in the road.

The owners of Cafe Le Raj and Asiana Spice were not available for comment.

People with information about suspected immigration abuse should visit www.gov.uk/report-immigration-crime