Oh boy... children on a high at skate park workshop 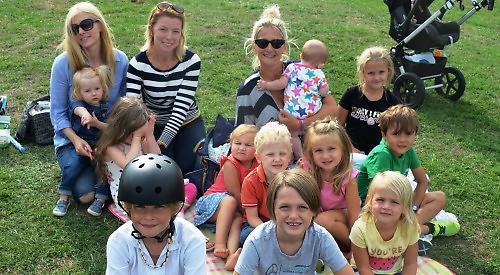 SCORES of children enjoyed a skateboard workshop in Henley.

The event, which took place at the town’s skate park in Makins recreation ground, included demonstrations and competitions for youngsters of all ages and ability levels.

Some teenagers brought skateboards and scooters while younger children rode bicycles or tricycles around the edge of the facility accompanied by their parents. Families gathered on the grass to watch.

The youngsters performed tricks for which they were awarded points for complexity.

Some performed mid-air jumps off the quarter-pipe while others completed more complex stunts such as flipping in the air or spinning their handlebars around multiple times.

The highest point scorers were awarded small prizes such as bags of sweets.

The event was organised by the Henley youth and community project Nomad and supervised by professional instructors. It was paid for by South Oxfordshire District Council.

Jess McDonagh, 14, of Gainsborough Hill, Henley, who was the only girl in the older age group, said: “I’ve been coming to the skate park since it opened and started skateboarding about six weeks ago.

“Seeing everyone else doing it inspired me to give it a go and it’s amazing — I enjoy it so much more than scooters. It’s a bit funny being the only girl here but I don’t mind. I’ll give everything a go and if I fall off I’ll just get up and keep trying. People here will usually help if you need it.”

Edward Bowyer, 10, from Nettlebed, said: “I’ve been doing this since I was little and started out with micro-scooters. It’s great fun because you get to meet so many people and everyone is really welcoming.”

Harriet Barcella, who attended with her children, Callie, one, and Raffi, three, said: “It’s an amazing skate park and Raffi, who started riding when he was two, absolutely loves it here. The bigger kids are always happy to help so there’s a good community atmosphere.”

Sarah Lane, a youth and family support worker for Nomad, said: “We know a lot of the kids who come here and this gives us a great way of building relationships with them.

“This skate park is a unique place because you get so many different socio-economic groups coming here and from different schools. While some are on £50 boards and others are on £200 boards, they all get on and support one another.”

Donna Crook, one of several Henley town councillors who attended, said: “I think this is fantastic. Having worked in a school, I know how children need to let off energy so I’m all in favour of it.”

The £290,000 skate park opened in September last year following years of fund-raising by the town council and the Henley Skatepark Initiative, a group of volunteers.