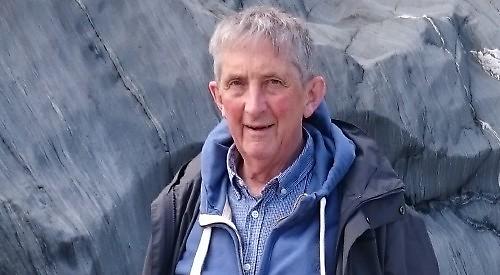 DAVID PRIOR, known as Dave to his family and friends, died on Friday, August 17 at the Sue Ryder hospice in Nettlebed.

Dave was born in Trowbridge, where his parents ran a draper’s shop. He was always very proud of being a “Moonraker”, the legendary name for people from Wiltshire.

The family moved to Caversham in 1949 and shortly afterwards his sister Christine was born.

After school he began to realise his ambition to become a civil engineer, studying at Brighton Technical College.

On graduating, he worked for Reading Borough Council for a time and then at a sewage treatment centre in Hertfordshire, which became the location of his first date with his girlfriend Sue, who was later to become his wife.

As Dave was keen to pursue the love of his life, he found employment in Bracknell, where Sue was working, joining the engineering team at Bracknell Development Corporation.

The couple were married in January 1972 and continued to live in Bracknell until November 1997.

Their three sons, Steve, Matt and Tim, were all born between 1974 and 1979 and Dave found great pleasure and joy in seeing them grow up.

He was also so proud of the lives they have each made for themselves. More recently, the birth of his four grandchildren was an extra blessing and he so much enjoyed spending time with them.

A career change took place in the early Eighties as Dave responded to a call to join the full-time staff of Bracknell Baptist Church as its administrator.

During his time there he helped oversee the transition of the church into a £3million purpose-built centre for not only the church members but also for the benefit of the wider community.

In 1997 Dave was invited to manage the d:two centre in Henley, formerly known as Dayspring, home of Henley Baptist Church.

He and Sue relocated to Stoke Row and in 2002 moved again into Henley.

With the d:two centre building needing considerable repairs and maintenance, Dave helped oversee its redevelopment into the vibrant centre it is today using all the experience he had gained in Bracknell.

Dave was also known as the “blind man” for acting as a rep for Howards Blinds to supplement his income. He visited many local people, estimating and fitting their blinds.

On top of his considerable commitments to the church and d:two centre, Dave provided incredible support to Sue when she took over the management of the Nomad project in Henley, acting as treasurer and secretary to the trustees.

He continued this as his son Tim took over and would always be in the background of the many community events organised by Nomad, ensuring that things ran smoothly.

Throughout his life, Dave’s Christian faith was strategic, both personally, with his family and in all that he did.

His love for God and enthusiasm for the church was evident. He wanted to provide the best resources and facilities for the church members but, perhaps more importantly, he wanted it to be the best for its non-members.

Dave was delighted to see d:two being used by many children, young people, families and older people on a daily basis.

He and Sue were known for their hospitality and over the years provided a home for many people as they moved into new situations to start work or found themselves in need of some support to help them through particular challenges in their lives. People would stay for between a few hours and a couple of weeks and even up to three years.

Dave was always willing to give time and love and the many messages of condolences and support since his passing have shown what an impact he had on many lives.

A master at organisation, he was one of the few men who could multi-task.

As well as being involved at a local level, he was also part of the management teams that organised family camps for thousands at the Stoneleigh Bible Weeks each summer and family camps for up to 600 in Poland.

Annual visits to Malawi, one of the poorest countries in the world, provided a stark contrast to the affluence of Henley.

These trips were made to support a Henley girl, now living with her husband and two children in Malawi and heading up a small UK charity called Starfish Malawi.

Dave loved meeting Malawians and spending time with the many orphaned children there. It was a humbling experience.

After being diagnosed with non-hodgkins lymphoma in September 2017, his faith never wavered. Dave remained positive throughout his illness, encouraging many and continuing to work up until just a few weeks before his death.

He will be greatly missed by his family and friends but his legacy will live on. When someone asks “who set up that procedure or policy”, the answer will most likely be “Dave Prior”.