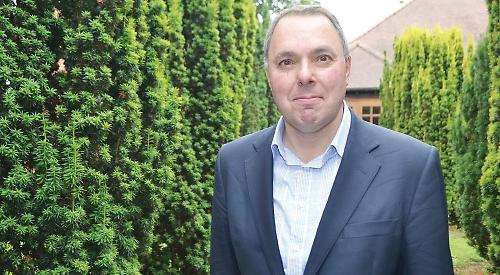 THE former chairman of Henley Conservatives has denied allegations of bullying.

Frank Browne said he had had only the best interests of Henley and its residents at heart.

The claims were made by Julian Brookes, leader of the party on the town council, in an email to members before a vote of no confidence in Mr Browne on Monday last week.

The email, which has been seen by the Henley Standard, was sent before a special general meeting and Mr Browne resigned two days later.

Councillor Brookes accused the then chairman of “aggression, divisiveness and bullying” towards councillors who challenged his “unilateral” decisions as well as two potential new candidates for next year’s elections and other members of the branch committee.

He told the Henley Standard that if Mr Browne remained in post it would harm the party’s chances of ousting the ruling Henley Residents Group on the council.

Mr Browne, who had been in post for just over a year, strongly denied the claims this week.

He told the Henley Standard: “I think this is a fig leaf to disguise the real motivation. I certainly admit to being driven, focused and determined. I don’t suffer fools gladly and I speak my mind and those are all characteristics that some people may find difficult to handle or respond to.”

Mr Browne, a former leader of Wokingham Borough Council who lives in Rotherfield Greys, admitted he had been trying to introduce “radical” changes which some members had been “uncomfortable” with.

One change was to put serving councillors through a rigorous selection process for the elections in May.

Mr Browne said: “That involved interviewing current councillors and not giving them the nod-through that had happened in previous years.

“A number of councillors saw that as a real threat and I believe that actually brought around the discontent that culminated in the Monday night meeting and decision.

“There was concern about the process and some feared that some existing councillors may not be re-selected. Some councillors didn’t really like it but at the end of the day it’s what’s in the best interests of the town that should be driving our behaviour.

“Trying to bring in changes, let alone some quite radical changes, will cause waves. There’s clearly a large section of the local party that remains to be convinced of what I was advocating was the right way forward.”

Four members of the branch committee have resigned over the way the special general meeting was conducted.

Mr Browne said: “I think the majority of our members are deeply concerned about what’s happened.”

He also denied claims made by Cllr Brookes and Councillor Laurence Plant in last week’s Henley Standard that he had acted unilaterally, had stopped listening to the views of those around him and had “overpoliticised” issues.

“They may describe as acting unilaterally or autocratic what others described as strong leadership,” said Mr Browne.

“Everything that I was advocating had been through the committee. The strategy had been discussed by both committee and the campaign sub-committee and had been supported by the majority.”

Mr Browne, who oversaw two by-election victories in his time as chairman, said he had been the right person to lead the party into the elections.

“If you look at my political record I can demonstrate a considerable track record of winning elections and then delivering a manifesto that resonates with our residents and is underpinned by Conservative values,” he said.

“I am concerned about 2019 and sincerely hope the new team takes a different approach to the past. I fear if we revert to type we’ll get the same results as previously, so we desperately need to change.

“It is healthy to have an opposition that works on a cross-party basis when it can on issues of broad agreement but not forgetting that it has a democratic responsibility to hold the controlling group to account for decisions we believe are failing the town.”

He described last week’s meeting as “appalling”, adding: “People made it very personal and totally ignored the key issues that should have been at the centre of the discussion.

“It was very clear I didn’t have the majority of those at that meeting so I felt it was appropriate I stepped down and allowed a team that carried the membership to have a go. They certainly didn’t vote for the proposals that I put forward.

“I am saddened but more, I think, at my own failure to convince people that this is the right approach if we’re going to tackle some really deep-seated issues for the town and our residents.

“It’s fair to say that behind that decision is a fundamental difference of opinion regarding the approach that we should be taking.

“They want a far more cross-party and consensual approach and in theory that is a great approach but the fact is over the last 27 years that approach has not delivered the policies that the town has needed to address some fairly fundamental issues.

“I suspect we’ll revert to type and do what we have done in previous years — a closer relationship with HRG, less clear blue water as to what the Conservatives offer and candidates that are driven by the wrong motivation.”

Mr Browne, who remains a member of the Henley Conservatives and is also chairman of the Henley Society, said he would now “take a breather”.

“I do feel fairly bruised,” he said. “It’s fair to say it has been an unpleasant process but at the end of the day I have to take my responsibility for what happened as well.”

Councillor Brookes had gathered 25 signatures of party members on a petition in order to force a second special general meeting if Mr Browne had not resigned. The signatories included the majority of serving Conservative councillors but not Councillor Abey.

She said she wasn’t asked to sign the petition but she would have refused anyway and added that Mr Browne was a “brilliant leader”.

Cllr Abey said: “I think they have failed to recognise that it was his leadership that delivered these [election] victories.

“The residents showed they had confidence in us and I’m quite sad and upset they didn’t recognise that.

“I was confident he would deliver solutions to the problems Henley is facing. He was the only one who was delivering a robust policy for Henley with strategies to go with them.

“I think we were quite lucky to have somebody like him who’s a senior politician with a proven track record of getting things done.”

“The issues were not the policies,” he said. “The candidate selection is something that has come from Conservative campaign headquarters and it’s mandatory for county and district and optional for town. That’s nothing new.

“Regrettably, resignations were to be expected, which is why we’re having a branch committee meeting on Friday to elect the new chairman and secretary.

“On September 27 we will have an informal Henley Conservatives members’ briefing so they can meet the new chairman and secretary.

“The future of the Henley Conservatives is our prime concern at the moment and we will be introducing the policies and actions which the residents of Henley want to see. That is our top priority.”