Metal detecting could be banned for public spaces 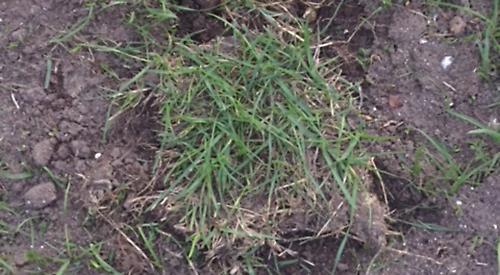 METAL detectorists could be banned from Henley’s public spaces.

The town council is considering the move following complaints about the misuse of Freemans Meadow.

In one incident over the August bank holiday weekend a detectorist dug up a section of turf and then replaced it carelessly and the grass struggled to recover in the hot weather.

When he was approached by a resident, the man became aggressive and claimed to have been given permission by the council to search the area.

Tony May, a member of the Friends of Freemans Meadow committee, wrote to the council saying a ban on metal detecting was the best option as it was impossible for the council to monitor the area.

He said: “A lot of young children play in Freemans Meadow and the risk of tripping or incurring ankle injuries could be quite significant. One could also legitimately argue that metal detecting for financial gain hardly constitutes a leisure activity.

“The Friends are doing our best to help with improvements and general tidying up and we have asked for more frequent grass mowing to make the field as level as possible.

“We regard metal detecting as undermining our efforts and indeed those of the council, which have been appreciated.”

Members of the council’s recreation and amenities committee were divided over whether to ban detecting.

“I was heartbroken at the amount of damage they had done,” she said. “A piece of hard-standing had been removed. I couldn’t believe the senselessness of it. It is vandalism — they think they can do what they like.”

“They come in and cause damage and don’t replace the turf properly,” she said. “It is dangerous. It is our land, they should ask first.

“I stopped a couple of people at Marsh Meadows and got abuse hurled at me.”

Councillor David Eggleton, who has been metal detecting for 35 years, said: “Whenever I go to a site I ask for permission.

“Everything I find I hand it over to the Treasury but you are going to get the rogue ones who keep it for themselves.”

“I don’t think we should penalise everybody due to the stupid actions of a few,” she said. Councillor Ian Reissmann said: “My feeling is we should allow bona fide detectorists to go about their business as long as they behave themselves.

“It seems a little unfair to ask the town clerk and parks manager to make a subjective judgement on policy.”

Councillor Kellie Hinton said: “I don’t think conservation areas or wildlife areas should be subjected to people digging it up.”

Town clerk Janet Wheeler said she was concerned about the health and safety of people in the parks tripping over a loose divot, particularly children and the elderly.

She suggested that metal detecting should be banned from all council land, including Freemans Meadow and Makins recreation ground, and the committee agreed.

A final decision will be made by the full council.