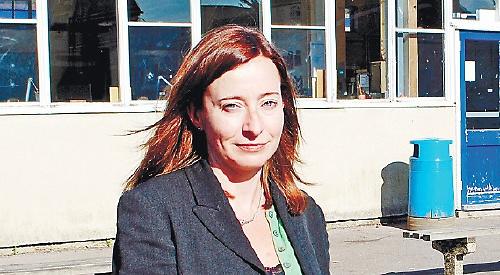 THE headteacher of Gillotts School in Henley says she is supporting a demonstation over schools funding despite not being able to attend.

Catharine Darnton had hoped to take part in today’s (Friday’s) day of action in London but is on sick leave after undergoing surgery for a ruptured Achilles tendon.

She had been due to organise Oxfordshire’s contingent of up to 50 headteachers in joning 1,000 of their colleagues from across England.

The heads will join Worth Less? campaigners in Parliament Square before delivering a letter outlining their concerns to Chancellor Philip Hammond.

Ms Darnton has repeatedly called on the Government to increase funding for schools.

Last year, she campaigned against proposed changes to the national schools funding formula which would have seen Gillotts and most other secondaries in South Oxfordshire lose money.

The Government backed down, promising an increase of at least 0.5 per cent per pupil in the next financial year for every school plus one per cent the following year as well as a £110,000 lump sum. However, Ms Darnton said this was not enough to make up for years of under-investment in the face of rising costs through inflation and the removal of the public sector pay cap.

She told the Henley Standard: “The reason that I wanted to attend was that, despite using all the normal routes such as responding to consultations and writing to and meeting with MPs, the Government has still not accepted how serious the funding situation is for schools.

“It therefore feels necessary to take some high-profile action which might finally cause the problem of school funding to be taken seriously.

“Although we have received a welcome increase this year to £4,800 per pupil, for the last six years, since we became an academy, we have received £4,700 per pupil. Every year we have had to find the money for pay rises and there have been increases in employers’ pensions and National Insurance contributions.

“In order to make the same amount of money stretch further, we have reduced our curriculum, increased class sizes and required teachers to teach an extra hour.

“Everyone has worked very hard to make sure this impacts as little as possible on students’ experiences but the pressure on staff is high.

“We are hugely grateful to our parents who have helped us to protect our spending on curriculum resources through their generous donations to our school fund.

“The best-funded schools in the country receive £3,000 more per pupils than we do at Gillotts. For each class of 30, that is £90,000 — enough for two teachers in the classroom. While we all understand that schools with high proportions of students with additional needs must be properly funded, such a huge discrepancy cannot be justified.”

Henley MP John Howell has said that campaigners paint a misleading picture of the Government’s investment.

He said: “It is wrong to say there have been cuts to education.

“The new formula used to disperse the money to schools provides cash gains in respect of every school.”