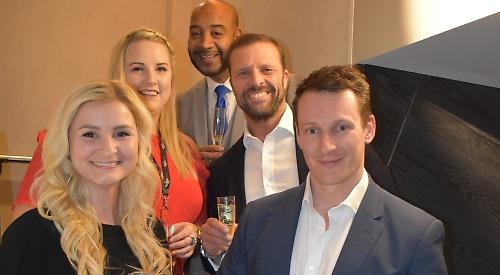 A NEW office block in Henley has been officially opened.

The 1,600 sq m building in Newtown Road was converted from an industrial unit by Regus, a worldwide provider of workplaces.

Regus says it will attract a diverse range of businesses, particularly with Oxfordshire’s growing population.

At the opening on Thursday last week, guests were served glasses of fizz and nibbles.

Natalie Beagle, area manager for Regus, said: “There’s nothing of this kind in Henley. The nearest centres are in Maidenhead and Marlow.

“We’re excited to be in the town and a new area.”

She said the building was currently about 20 per cent occupied with a variety of companies, including digital marketing and media firms.