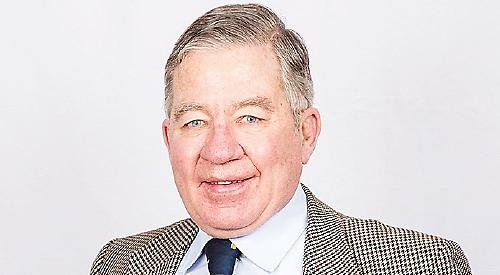 ANDREW FINLAY, who has died, aged 74, was born in Zimbabwe.

He was the youngest child of Robert and Dorothy Finlay. His Scottish father, who worked in forestry and had emigrated some years earlier, met Dorothy while he lived in South Africa.

In his early teens, Andrew exhibited his technical nature by frequently dismantling and successfully rebuilding his mother’s car.

After leaving Africa for Britain in 1962, he trained at Loughborough College and in 1964 joined the RAF as an engineering officer, serving in Germany for a time.

He later had a long career at IBM, which early on included a period in Scotland, close to his extended family.

He married Kate in 1974 and their three children were born in the following few years. The family moved to Waltham St Lawrence in 1984 where the children grew up and Andrew was an active member of the church and parochial church council.

He shared a love of sailing with the children when they became members of Henley Sailing Club.

He also gave time to the charitable activities of the Drapers Company in London for many years.

Perhaps some of the best examples of Andrew’s character and generosity were the multiple bike rides from London to Paris, Brussels and Lausanne that he undertook in aid of the Royal British Legion’s Poppy Appeal.

These raised about £15,000 over several years and were a source of great pride and achievement for him and his family.

Andrew was a proud grandfather of five when in 2016 he was diagnosed with acute leukaemia which he had held firmly in check, contrary to the expectations of his doctors.

However, following a serious fall in July this year, he was not able to recover sufficiently to return home.

He was in the thoughts of his family and many friends from Henley while in hospital.

Finally, in the company of John, Sarah and Emma, Andrew passed away peacefully in the early hours of Friday, September 21.