Organisers delight at another record year for literary festival 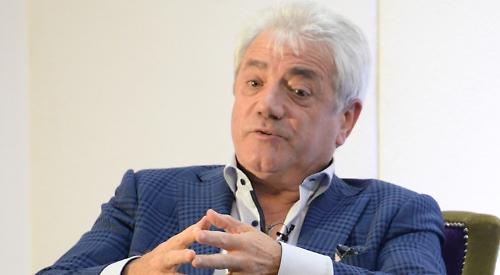 The programming director of the Henley Literary Festival says he is thrilled after the event celebrated another record-breaking year.

The nine-day festival, which finished on Sunday (7), sold more than 21,000 tickets and Tom Ryan says its popularity has grown year-on-year since it started in 2007.

“The feedback, both in real life and on social media, has been really lovely and I feel like there’s been a buzz around Henley.

“It’s a hard time for the high street at the moment so it’s been nice to see shops and restaurants busy and all the happy faces.

“We had record sales with more than 21,000 tickets sold overall.

“That’s a big journey from where we started off. It’s amazing how big it’s grown.

“The old audience keep coming but we are getting new audiences every year. Even people in their 20s, which is a hard demographic to reach.”

Mr Ryan says the festival had an unwanted first this year as a speaker failed to turn up for one of the talks.

Robin Renwick, the former British ambassador to South Africa, was due to discuss his book How to Steal a Country at Phyllis Court Club on Friday (5) but didn’t show up.

Instead, his interviewer, former Daily Telegraph journalist Stephen Robinson, spoke about the book and answered questions.

Such was his popularity, the audience decided not to ask for a refund when offered by the festival.

Mr Ryan said: “I think it was a mix-up with Robin’s publishers but everyone stayed and they voted not to have a refund.

“He even sold 21 books! It went from a potential real low to a real high and shows how understanding festival-goers are.

“Kevin Keegan was also amazing, he took pictures with everyone and even sang Happy Birthday to one man.”

For more on the festival, including pictures and reviews, see this week’s Henley Standard.