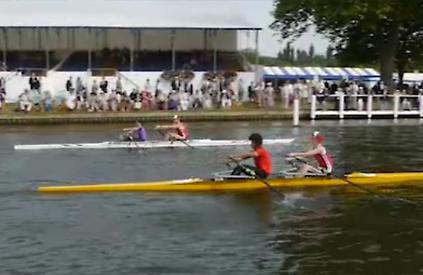 COUNCILLORS have welcomed plans by Henley Royal Regatta to strengthen a 650m stretch of the riverbank.

Work needs to be carried out in Fawley Meadows in Henley to stop erosion.

The regatta, which owns the land, estimates that up to 1m of land is disappearing into the River Thames every year.

In an application to South Oxfordshire District Council, the regatta says that concern about the rate of erosion has been flagged by a number of parties which use the river bank, including organisers of the annual Thames Traditional Boat Festival.

A footpath is getting close to the bank edge and is in danger of being lost if no action is taken.

The regatta has suggested three methods to protect the bank:

• Pre-seeded geotextile bags, which have a permeable fabric and when used with soil have the ability to separate, filter, reinforce, protect, or drain. These would be installed over submerged cages and bundles of hazel or timber would be fixed securely to the cages.

• A layer of gravel installed underwater up to 50mm thick and not further than 2m from bank edge to protect naturally formed “beaches”.

The application says the environmentally friendly work would be a “marked improvement” compared with the opposite bank, which is sheet-piled.

It would be in accordance with national and international guidance on river bank protection and vetted by the Environment Agency.

The application says: “Henley Royal Regatta is keen to adopt a softer, more natural scheme to blend into the landscape, particularly as the river scene changes moving downstream away from the town.

“This has been quite difficult to achieve, particularly balancing the cost of the scheme against potential lifespan.”

Town councillors backed the plans at a meeting on Tuesday. Councillor Laurence Plant and Councillor Stefan Gawrysiak said the work would look natural.

Cllr Plant said: “It’s evident from the pictures that this is necessary.”

The work would be carried out from the bank and from barges and the footpath would remain open throughout.

South Oxfordshire District Council, the planning authority, will make the final decision on the application.

This year’s Thames Traditional Boat Festival will take place at Fawley Meadows in Henley from Friday to Sunday, July 19 to 21.

A highlight of the Saturday evening is the illuminated parade. Decorated traditional boats will sail slowly by into Henley town and back. On the bank owners of vintage cycles put on their own spectacular version of the display.

The festival will once again be raising money for Macmillan Cancer Support.