Upper Thames bag most wins at Town and Visitors’ Regatta 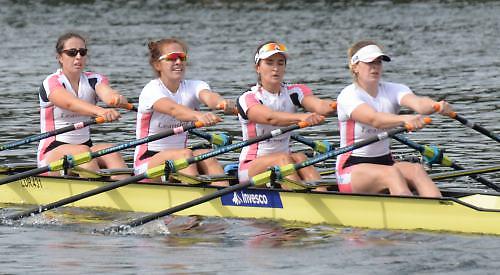 UPPER Thames, Henley Rowing Club and Leander Club achieved 14 wins between them at this year’s Town and Visitors’ Regatta.

This year’s event saw a record entry with more than 300 crews taking part in the racing that lasted for 11 hours that ranged from elite to novice and junior to masters.

Upper Thames clocked up 10 wins ahead of Henley with three and Leander with one.

Upper Thames had more wins on the day, but mainly in smaller boats. Last year the cup was won by Marlow Rowing Club Tyrian had brought a number of very experienced crews and came away with five wins, including two in eights.

The fastest race of the day saw Tyrian Club beating Blue Star Club from Newcastle University in alumni eights in a time of two minutes and 44 seconds. Blue Star had won this event every year in its four-year history.

Regatta president Rod Murray said: “It was a fantastic regatta showcasing the best of Henley both on and off the water. It’s so great to hear how much our competitors enjoyed their day racing on this iconic stretch of water.” Chairman Martin Levy added: “I’d like to thank all our volunteers, subscribers, sponsors and supporters who do so much to make the regatta a success and help us control our costs. Particular thanks go to the younger juniors of Henley Rowing Club who manned the stakeboats at the start all day in very warm and humid conditions.”